The mandate of the Senate Commission for the Investigation of Health Hazards of Chemical Compounds in the Work Area (known as the MAK Commission) is to provide scientific advice to the DFG Senate, federal and state governments, parliaments and public authorities on health protection issues in connection with exposure to hazardous substances, particularly in the workplace. The MAK Commission is the oldest commission of the DFG, having been in existence for more than 60 years. Since 2012, the commission has had the status of a Permanent Senate Commission.

It is very important to us as a society to have healthy, safe jobs and workplaces. The use of and exposure to new substances and combinations of substances, the health relevance of which is often, initially, only inadequately understood, continually poses new challenges. One good and prominent example is the growing use of nanomaterials. In terms of chemicals and substances, occupational safety is ensured at regulatory level by the definition of limit values with which employers are required to comply. The scientific basis for these values, which are defined by the Committee on Hazardous Materials, an advisory body of the Federal Ministry of Labour and Social Affairs, is established by the MAK Commission. With the support of its Scientific Secretariat, the commission compiles all of the available information on chemical compounds and uses this data to draw up science-based recommendations for Maximum Workplace Concentrations (MAK values) in air and Biological Tolerance Values (BAT values) in blood and urine. Substances which are carcinogenic, germ cell mutagenic, sensitising or percutaneously resorptive or which pose a risk during pregnancy are also specifically classified.

The recommendations are substantiated with detailed evidence and made freely available to the scientific community, politicians and the public, in both German and English, in the MAK Collection. As a result of the steady increase in knowledge and the publication of new studies and findings, the justifications and the recommendations based on them need to be continually revised and re-evaluated. This is one reason for the commission’s status as a Permanent Senate Commission. A list presenting the current state of knowledge on all substances evaluated so far is published annually as the List of MAK and BAT Values, which is submitted to the Federal Ministry of Labour and Social Affairs. The list is published in German, English and (as of 2018) Spanish, as the commission works closely together with European and international commissions, such as the Scientific Committee for Occupational Exposure Limits (SCOEL) of the EU Commission [the work of SCOEL is being continued by the RAC (Risk Assessment Committee) of the ECHA following its dissolution in February 2019] or the International Agency for Research on Cancer (IARC). Since compliance with limit values can only be verified when suitable measuring techniques are available, the commission has two working groups which develop, test and publish analytical methods for measurements in air and biological material.

The Senate Commission is independent in its choice of topics and priorities and publishes proposals for limit values which are solely evidence-based, with no influence from political or economic interests. As well as the science-driven compilation, discussion and publication of substance evaluations and measuring techniques, the commission carries out extensive conceptual work which also informs the definition of proposed limit values. For example, methods have been developed to allow findings from animal experimental work to be transferred to humans and to allow specific circumstances in day-to-day work (e.g. increased respiratory volume) to be taken into account. In addition, the commission develops general concepts for the evaluation of dusts and nanomaterials and discusses criteria for the interpretation of inflammatory effects. These concepts are discussed and optimised at symposia and in expert panels and the results are published in scientific journals. In this way the commission provides important impetus in the research areas of toxicology and prevention.

The Senate Commission is the only independent, science-driven body in Germany for the evaluation of the health impacts of chemical compounds in the workplace. This economic and political independence in the definition of recommended limit values is extremely relevant, because the recommendations form the scientific basis for the legally defined limit values in the workplace. Therefore, they have considerable impacts on the health protection of employees in industry and monitoring by state supervisory bodies and employers’ liability insurance associations. The issues handled by the commission are thus of significant social and political importance and are the subject of intense and sometimes controversial public debate.

The commission is an interdisciplinary group. It requires expertise and practical experience in toxicology, pathology, various clinical fields, occupational medicine, epidemiology and chemistry. Various measures are used to ensure the involvement of the general public and the transparency and quality of the commission’s work. Substances under discussion are published as a working list so that previously unknown studies or findings can be made available to the commission. The commission’s results can also be viewed for six months, and comments submitted, before they are finally adopted. Before being published, the measurement techniques developed are critically tested by at least one independent laboratory.

The procedures for dealing with conflicts of interest are continually reviewed and updated. The commission’s work is based on a shared awareness on the part of its members of its role, in which the structure, allocation of responsibilities and protective mechanisms of the commission are clearly formulated.

Interview with Prof. Brunhilde Blömeke conducted by the initiative "Tierversuche verstehen" (in German only) Externer Linkmore 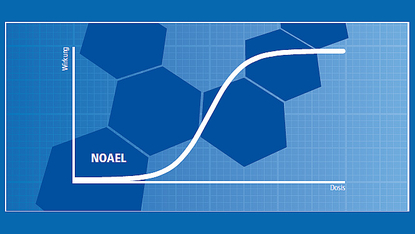 Health and Safety at Work

Read more about the work, history and members of the commission in the DFG magazine (in German only) Interner Linkmore