Over the last few decades, Latin America has become increasingly important as a research location. During this time there has been a significant development in research collaborations between Germany and various countries in the region. The DFG Office Latin America was established in São Paulo in 2011 to strengthen relations with research institutions and funding organisations in Latin American countries, build closer contacts with researchers and improve networking between the local scientific community and that in Germany.

Based at the German Centre for Research and Innovation São Paulo (DWIH São Paulo), the office serves as a central point of contact for researchers in Latin America, research institutions, funding organisations, and universities which are interested in cooperating with German researchers and promoting academic exchange. Since 2006, the DFG has also been working with Liaison Scientists in Latin America. The DFG Office Latin America is currently supported by one Liaison Scientist in Chile and one in Mexico.

Websites in Spanish and Portuguese 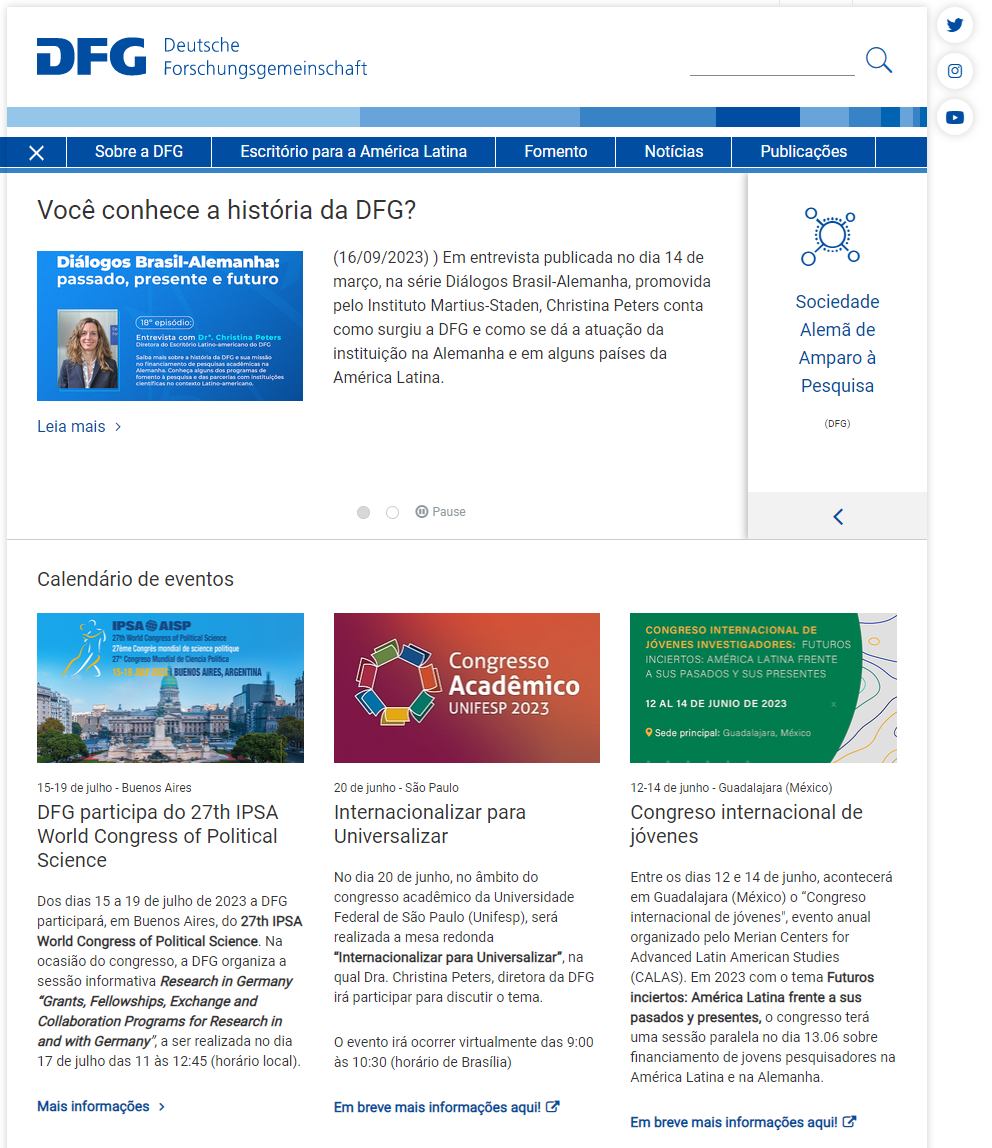 The DFG Office Latin America now offers comprehensive information about the DFG and its programmes in Spanish and Portuguese. 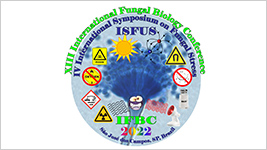 Research in Germany at the IFBC and ISFUS

From September 26 to 29, fungal biology scientists from all over the world will get together in Sao José dos Campos, Brazil for the 13th International Fungal Biology Conference (IFBC) and 4th International Symposium on Fungal Stress (ISFUS). Interner Linkmore 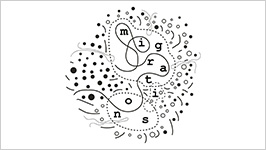 On January 20, the DFG, with the collaboration of DAAD, promote the virtual event “German-Latin America Research Cooperation in History of the Art”. The information session will take place in the framework of the 35th CIHA World Congress (MOTION: MIGRATIONS). Interner Linkmore 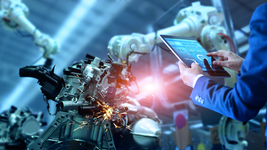 Virtual annual meeting of the research initiatives BRAGECRIM and CRI-SCMfg

On 7 October 2021, the annual meeting of the German-Brazilian research initiatives BRAGECRIM and CRI-SCMfg took place. Due to the COVID-19 pandemic, the meeting was held virtually as already in the previous year.
Interner Linkmore

In Latin America, the DFG has cooperation agreements with various funding organisations for financing bilateral projects. Joint funding opportunities are developed in close collaboration with local partners, usually based on the principle of co-financing. This means that the DFG bears the project costs on the German side while the partner organisation is responsible for funding the researchers in Latin America. The financial commitments entered into on both sides ensure that the participating researchers on both continents can cooperate under similar conditions and on an equal footing, and commit themselves to the success of the project.

Joint project proposals are submitted simultaneously to the DFG and the relevant partner organisation. Depending on the agreement, either calls for proposals are published with a deadline or a continuous process is used whereby proposals can be submitted at any time.

The area for which the DFG Office Latin America is responsible extends across an entire continent. To help manage this large geographical area, the office in São Paulo is supported by two Liaison Scientists in Chile and Mexico. These individuals serve as points of contact and support DFG activities in the countries where they are based.

The role of a Liaison Scientist includes: