Sex, Gender and Diversity in the Life Sciences 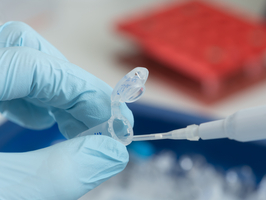 Aspects of sex, gender and diversity are especially relevant in the life sciences – for instance with regard to transferring results and their later application to different groups of people. For example, physiological and pathophysiological processes in the bodies of humans and animals may be strongly sex-dependent.

By using the checklist provided by the DFG, applicants can examine during the planning stage whether these dimensions may be relevant to their research project.

With the current Covid-19 outbreak, understanding the sex and gender differences is essential in assessing the risk factors for serious disease progression. At this stage of the pandemic, it is impossible to give a clear answer as to what extent sex and gender influence the course of disease in people diagnosed with Covid-19. Preliminary data do indicate, however, that both sex and gender are important factors in determining the risk and response to an infection with Sars-CoV2 and the resulting Covid-19 disease.

HIV-infected women tend to have lower viral loads early in HIV infection but progress faster to AIDS for a given viral load than men. The authors of this study show substantial sex differences in the response of the toll-like receptor 7 (TLR7) of plasmacytoid dendritic cells (pDCs) to HIV. These sex differences on a cellular/molecular level may account for higher immune activation in women compared to men at a given HIV viral load and provide a mechanism by which the same level of viral replication might result in faster HIV disease progression in women compared to men.

The authors report the discovery of a subset of regular spiking interneurons that express the oxytocin receptor (OxtrINs). Silencing of these OxtrINs in the medial prefrontal cortex (mPFC) of female mice resulted in loss of social interest in male mice specifically during the sexually receptive phase of the estrous cycle. The data demonstrate a sex-, cell type-, and state-specific role for oxytocin signaling in the mPFC and identify a latent cortical circuit element that may modulate other complex social, sex-specific behaviors in response to oxytocin.

Testosterone Suppresses Hepatic Inflammation by the Downregulation of IL-17, CXCL-9, and CXCL-10 in a Mouse Model of Experimental Acute Cholangitis

Autoimmune liver diseases mainly affect women. In a mouse model of T cell-mediated cholangitis (an inflammation of the bile ducts), female mice are more likely to develop the disease than male mice. The reason for this is the differential recruitment of endogenous CD4+ T cells into the livers of female mice, which then cause an inflammatory reaction. As the main cause, the sex hormone testosterone was identified: male mice were more susceptible to cholangitis after castration, while in female mice testosterone treatment led to suppression of the inflammation of the liver.

Exercise leads to physiological hypertrophy of the heart muscle, which is reversible and whose signaling pathways seem to be positive for the heart. However, there are sex-specific differences: female mice showed a greater increase in heart mass, which may indicate that female hearts have a greater capacity for favourable remodelling, even under pathological conditions. In particular, the beta form of the estrogen receptor is responsible for the physiological hypertrophy by activating various signaling pathways, protein synthesis and mitochondrial adaptation.

In patients with the eating disorder anorexia nervosa (AN), the maintenance of normal body weight is disrupted over prolonged periods of time. Gene locations involved in body weight regulation may therefore be of relevance to AN and vice versa. Sex-specific analysis across multiple phenotypes revealed significant associations for a particular gene location. Interestingly, the alleles relevant to a predisposition to AN are associated with a lower BMI. In an animal model, fasting and diet-induced obesity resulted in opposite hypothalamic expression patterns of a gene in this region. For the first time, a gene has thus been described that contributes to anorexia nervosa and low body weight in females.

Examples from other Scientific Disciplines