Sex, Gender and Diversity in the Engineering Sciences 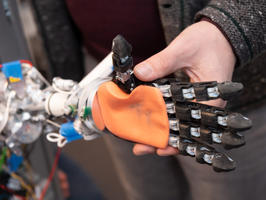 In engineering research, the relevance of sex, gender and diversity will vary according to the project and research content. Many research projects have no direct link to people or animals and the associated sex, gender and/or diversity dimensions. In some projects, the research results are intended to be of practical use to people, and in others, research directly studies human technology interaction. In the latter case, when submitting a proposal to the DFG, applicants should reflect on whether and to what extent it is appropriate to take human or animal sex, gender and/or diversity into account in their specific project.

By using the checklist provided by the DFG, applicants can examine during the planning stage whether these dimensions may be relevant to their research project.

Many research projects in the engineering sciences have no direct link to humans (or animals) and therefore to their sex, gender or diversity. Proposals for such projects are therefore not required to include any further details in this regard.

One such example where sex, gender and/or diversity does not play a role is this project on gear lubrication. The aim of this research project is to determine the mechanisms of solid lubrication in worm gears by carrying out specially developed measurements on test benches. Here, neither the object of research nor the methodology has any direct link to humans.

Christian Brecher, project: Development of an Innovative Method to Evaluate Excitation in Gears Based on Psychoacoustic Calculation Approaches, and a transfer project based on that: Transfer of the Method for the Psychoacoustic Design of Ground Bevel Gears Extended by the Application of a Targeted Micro Geometry Scatter

Some research projects in the engineering sciences – including those in basic research – do have a direct link to people, even if the research approach does not involve interaction with humans. In such cases, applicants must discuss in the proposal whether human sex, gender and/or diversity plays a role and to what extent the tools used reflect this situation.

One example is this project on gear acoustics. The aim of this research project is to develop an evaluation method for gear vibrations that includes the noise produced and the way it is perceived by humans. Vibrations and noise are to be synthesised and measured through calculations. The evaluation will be carried out using existing psychoacoustic models, so no sound perception experiments will be carried out with volunteers. The proposal should therefore briefly outline whether there are any detectable differences in excitation in tooth engagement as a result of psychoacoustics and human sound perception and if so, whether these are taken into account in the psychoacoustic models being used.

Ercan Altinsoy, project: Modelling of Tactile Measures for Whole-Body Vibrations and Their Interaction with Psychoacoustical Measures

One example is this project on the interaction between vehicle vibrations and vehicle noise. Through experiments with volunteers in a driving simulator, the aim is to establish whether interactions exist between vibrations and noise perception, and if so what form these take. The field of psychoacoustics has revealed differences between women and men in the perception of driving noise, in some cases through tactile perception. It should therefore be explained in the work programme how the identified interactions will be examined for differences between women and men and how this will be taken into account in aspects such as experiment planning and volunteer recruitment. Results from the research project so far support this approach and indicate that slight differences do exist between women and men in the perception threshold of whole-body vibrations.

Examples from other Disciplines