Sex, Gender and Diversity in the Humanities and Social Sciences

The humanities and social sciences generate important impetus for reflectively engaging with the diversity of society in research projects. 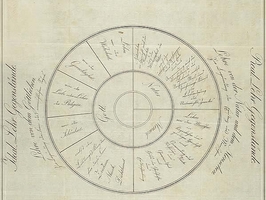 In section 4 of the DFG’s proposal preparation instructions, "Relevance of sex, gender and/or diversity", applicants are requested to reflect on and describe the role of these dimensions in their research project, where relevant.

Taking into account the traits attributed to individuals and groups is foundational to social sciences research and in most cases also to the humanities. Consequently, in these disciplines sex, gender and diversity may not represent additional research dimensions. The request to consider sex, gender and/or diversity is also not associated with preferential treatment for a particular research direction or particular topic areas in the social sciences and humanities.

In humanities and social sciences research, traits and social categories, and therefore sex, gender and diversity, may already be taken into account during the project concept phase and thus in the definition of the topic, the research design and development of methods. The "Objectives and work programme" section of the proposal may therefore already contain information on sex, gender and diversity. In these cases, reference can be made in the section "Relevance of sex, gender and/or diversity" to information in other parts of the proposal.

The projects described below are examples in which diversity aspects play different roles at different levels.

Beyond Vulnerability: Exploring the Political Agency of Male Survivors of Wartime Sexual Violence

Sex and gender as a dimension of diversity play a key role in the topic of the project "Beyond Vulnerability", which focuses on sexual violence against men in northern Uganda and Sri Lanka.

There are already scientific studies (including political science studies) on conflict-related sexual violence experienced by women and girls, which also consider the active role of survivors and their agency and scope for action in conflicts. The aim of this project is to apply this agency to the study of sexual violence against men and thus to generate a holistic, nuanced and empirically grounded picture of the gender dynamics of armed conflict and sexual violence.

The project centres on the question of how male survivors (against the background of their conflict-related experiences) engage with their sex and gender-related vulnerabilities and exercise political agency.

By focusing on male sexual violence survivors as an underresearched group, the project enables a deeper understanding of the long-lasting effects of armed conflict and contributes important empirical and theoretical dimensions to the study of the consequences of sexual violence, as well as interdisciplinary peace and conflict research.

The project is concerned with child fostering in northern Benin and the investigation of the associated perceptions and practices in three 'ethnic' communities. Fostering refers to children spending prolonged periods living in a household other than that of their biological parents.

Dimensions of diversity play a significant role in this project, particularly as regards the research design. The investigator conducted research in relation to and with individuals of different genders, ages, domiciles and religious and ethnic groups. The research reveals significant differences both between and within the three ethnic communities in terms of the frequency, forms and in some cases the significance of child fostering. For example, within a given ethnic community there is considerable variation between rural, agrarian areas on the one hand, and urban environments undergoing more marked transformation processes on the other, as well as between members of the same ethnic group who belong to different religious communities. In some cases, there are also differences in fostering practices and the associated perceptions of parenthood and roles between men and women. Ethnicity cannot therefore be considered a central factor that explains corresponding practices and perceptions.

In addition to the diversity dimensions relevant to the content of the project, in ethnology researchers themselves can play an important role. In this particular case, the investigator was perceived in the field not only as a researcher, but also in her role as a mother. As a woman she often has easier access, in this research context, to both women and men participants, whereas a male researcher would tend to find it easier to access members of his own sex. Moreover, by virtue of being a mother, the woman researcher is not only respected as a mother and thus also as an adult, but also regarded as competent to discuss topics relating to childhood and parenthood with interlocutors in the field. This influences the research process and thus the research results.

The Research Unit studied practices of cultural categorisation of people, i.e. the processes of differentiation, the results of which are perceived on an everyday basis as simply given characteristics of individuals and as groups of people. The diversity dimensions analysed included, for example, religious, national, sex, gender and ethnic demarcations as well as age and status classes. The research question asked by the group was: When are people differentiated by one factor or another (doing difference), and under what conditions are they not distinguished by such a factor, in other words when is the distinction ignored, inhibited or superimposed (undoing difference)?

By comparing heterogeneous cases of categorisation, the group aimed to reveal how these processes are context dependent and contingent, thus highlighting the social conditions of differentiation and de-differentiation in the production of everyday kinds of people.

Examples from other Scientific Disciplines