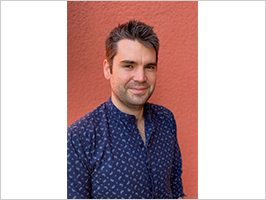 Patrick Roberts is one of Germany’s leading researchers in the development and application of bioarchaeological methods: these are based on the analysis of stable isotopes in the remains of prehistoric humans and animals and allow conclusions to be drawn about diet and lifestyle. His focus is on hitherto little studied early human-environment relationships in tropical rainforests – a particularly important habitat and one that is particularly at risk today. Roberts’ work also shows how archaeological and palaeoenvironmental knowledge can contribute to modern conservation goals and policy-making in relation to such vulnerable regions, in which more than half of the world’s population will live by 2050. Roberts received his PhD from Oxford University. In addition to his group leadership role in Jena, he holds positions at the University of the Philippines and the University of Queensland in Brisbane, Australia. Roberts secured an ERC Starting Grant and is a member of the Global Young Academy.