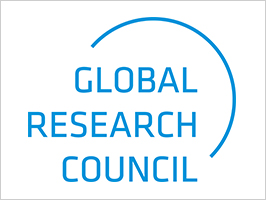 The Deutsche Forschungsgemeinschaft (German Research Foundation, DFG) continues to play a key role within the Global Research Council (GRC), thereby taking on responsibility for global cooperation in research funding: DFG President Professor Dr. Katja Becker has now been elected Chair of the Governing Board of the GRC. She was previously elected a member of this body by her European colleagues. The elections took place as part of the Ninth Annual Meeting of the association of the presidents of research funding organisations from all over the world. This year’s meeting was hosted by the National Research Foundation (NRF) of South Africa and UK Research and Innovation (UKRI). The meeting was held as a purely virtual event for the first time after the 2020 meeting had to be postponed due to the coronavirus pandemic.

“I’m delighted to have been elected and see it as confirmation of the DFG’s commitment to the Global Research Council,” says DFG President Katja Becker. “Society’s expectations of science and the humanities have increased dramatically since the start of the coronavirus pandemic. More than ever before, the world is asking for scientific advice and evidence-based solutions to pressing issues. Many of the solutions required can emerge only as a result of global cooperation. The funding organisations involved in the GRC share data and experience as well as trying out mechanisms for high-quality research cooperation. In seeking to improve communication and cooperation among themselves, they engage in discussion on topics of common interest to support research. As such, the GRC plays a catalytic role in promoting global cooperation in research,” says Becker.

Launched in 2012, the GRC represents much of the public research and research funding not supported directly by governments, aiming to strengthen international cooperation in research and between research funding organisations. By holding regular conferences in the various world regions as well as an annual meeting of all members, it provides a forum for the discussion of current, pressing issues relating to the globalisation and internationalisation of science and research. In order to promote this process, it draws on the outcomes of its deliberations to issue joint recommendations.

At this year’s Annual Meeting, participants exchanged ideas on the subject of mission-oriented research. As expressed by the GRC in its Statement of Principles on Mission-Oriented Research, this provides a mechanism to help society address a wide range of global challenges that are becoming increasingly diverse, complex and interconnected. In other sessions, the assembled funding organisations exchanged views on subjects such as the general principles of public engagement, the importance of science during the pandemic and the role of the GRC in science diplomacy. With a view to next year’s Tenth Annual Meeting, the GRC also raised questions as to how it sees its role and future fields of action.