DFG project on art research with exhibition in Moscow 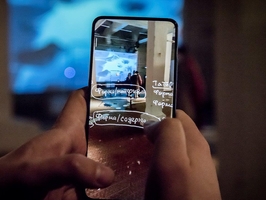 (25.03.21) As part of the current Year of Germany, the exhibition “GAKhN displaced” opened in mid-March with the participation of Ruhr University Bochum, the Goethe-Institut and DFG Office Moscow. The DFG-funded project is dedicated to indexing the estate of the State Academy of Art Sciences (GAChN).

The exhibition “GAKhN displaced” is running from mid-March to April in Moscow as part of a DFG-funded academic art research project at Ruhr University Bochum. Nikolai Plotnikov, academic supervisor of the project (Lotman Institute at Ruhr University Bochum), presented the concept of the exhibition, while Anke Henning, the curator of the exhibition on the German side, welcomed guests with a video message. The representatives of the Goethe-Institut Moscow, Heike Uhlig, and DFG Office Moscow, Julia Ilina, also gave welcoming speeches.

The project is dedicated to the archive of the State Academy of Science of art (GAChN, 1921-1930). The large-scale interdisciplinary network of researchers and artists founded in 1921 by Wassily Kandinsky along with the Commissar for National Education, Anatoli Lunatscharski. The project is studying the GAChN as a model for the organisation of interdisciplinary research networks. The exhibition in Moscow re-interprets early Soviet practices as pursued by the State Academy of Science of art. One of the Academy’s principal tasks – to create a synthetic knowledge of art that brings together different ways of thinking and research methods – and that can now be considered to have been outside traditional disciplinary boundaries. The concept of the Academy is in fact in line with contemporary currents of hybrid practice in art, theory and philosophy.

The exhibition shifts the idea behind the GAChN from an “encyclopaedia of art terminology” to the exhibition rooms of the Moscow “Fabrika” and is accompanied by a broad programme of events including numerous discussion sessions, seminars and performances. Given the limitations due to the coronavirus, the programme is taking place in hybrid formats, both online and offline, on the platforms of the partner organisations.