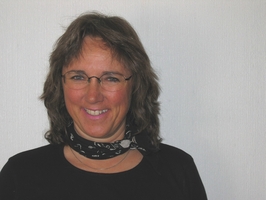 Biologist Prof. Dr. Gudrun Kausel is an adjunct professor at the Biochemistry and Microbiology Institute at Universidad Austral de Chile (UACh) in Valdivia, Isla Teja. Raised in Germany, she has served as a DFG Liaison Scientist in Chile since 2006. She earned her doctorate at LMU Munich and has had an international career, teaching and researching in Botswana, Belgium and France before finally moving to Chile.

She describes her work as a Liaison Scientist as extremely interesting and varied. “I get insights into different fields of science, such as astronomy and astrophysics, which play an important role all over the world and are becoming increasingly important in Chile too. The country itself is also an inexhaustible natural laboratory, stretching 4,200 km through different climate zones,” says Kausel. 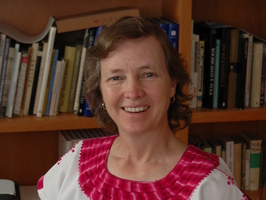 Prof. Dr. Christina Siebe has worked at the Institute of Geology at Universidad Nacional Autónoma de México (UNAM) since 1993. As the daughter of German immigrants, she grew up in Mexico, where she attended a German school. On leaving school she moved to Stuttgart in Germany to study agricultural sciences at the University of Hohenheim. It was here that she had her first practical experience of international cooperation. For her final dissertation, she carried out field research in Mexico followed by laboratory analysis in Germany. “I was in love with science and I decided to do a doctorate, which again I did partly in Mexico and partly in Germany. After that I returned to Mexico, and since then I’ve been working at UNAM, where my work focuses on soil pollution. I’ve also established a regular student exchange at UNAM with the professors I got to know in Stuttgart,” she says. These exchanges gave rise to contacts with other researchers and universities in Germany, which developed into a cooperative network.

Siebe became a DFG Liaison Scientist in 2011, advising Mexican researchers interested in cooperating with colleagues in Germany, maintaining contact with the DFG’s partner organisation in Mexico and participating in scientific events. Through these activities she makes an important contribution to Germany’s visibility as a place of research. She raises the country’s profile as an outstanding destination for researchers and as a country with considerable cooperation potential.