Universities in Antioquia Province Seeking to Intensify Cooperation with Germany

(30.10.17) DFG President Peter Strohschneider’s visit to Colombia a year and a half ago has already produced concrete results in the form of a workshop devoted to cooperation between Germany and Antioquia – the first event of its kind. During a meeting with Strohschneider in February 2016, rectors and other university representatives from Antioquia showed great interest in furthering cooperation with German researchers. A workshop was organised to enable discussion and analysis of the potential for scientific cooperation, as well as familiarising participants with the funding structures offered by the DFG and the Colombian universities. 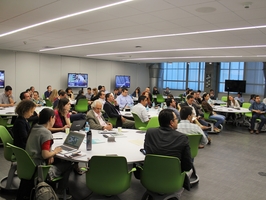 Participants from universities in Antioquia province

“During our visit last year, the high scientific quality in Antioquia and the considerable potential for cooperation with Germany were clear to see. The purpose of forging links between researchers and ourselves, the DFG, is to help establish scientific collaborations and enable funding for projects and mobility,” explained Dr. Kathrin Winkler, director of the DFG’s Latin America office, at the opening of the event.

The workshop was organised by the DFG with the support of Universidad de los Andes and Universidad EAFIT, where the event was held. The host university has a budget of around €8.6 million for research projects, as well as special instruments to support international cooperation. There are 44 working groups based at the university, of which 60% were classified as outstanding. Scopus data reveals that the number of publications by EAFIT researchers has risen significantly over the last 15 years and currently accounts for an average of 200 articles per year. In terms of joint publications with international partners, Germany ranks in sixth place.

Dr. Juan Mejía Arango, rector of EAFIT, highlighted the wide range of initiatives with Germany: the university has 18 cooperation agreements with German institutions, including mobility programmes with the DAAD and institutional agreements with German universities, and some 40 students and researchers from Germany are currently based at EAFIT. “We also regularly play host to German delegations, a large number of which come to visit us. We collaborate especially closely with German partners in the field of engineering,” says Mejía. 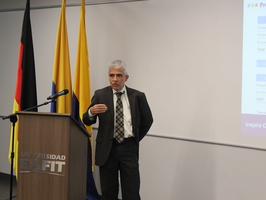 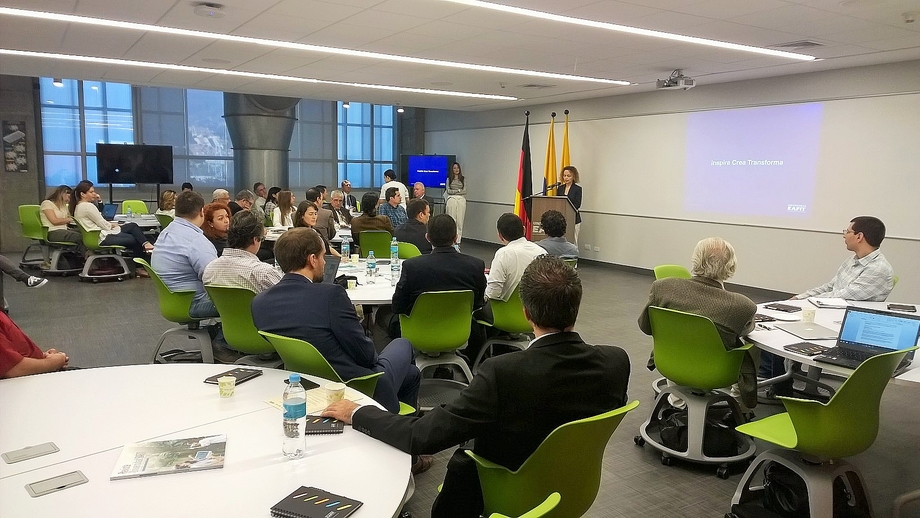 Dr. Kathrin Winkler, director of the DFG Office Latin America, at the opening of the event 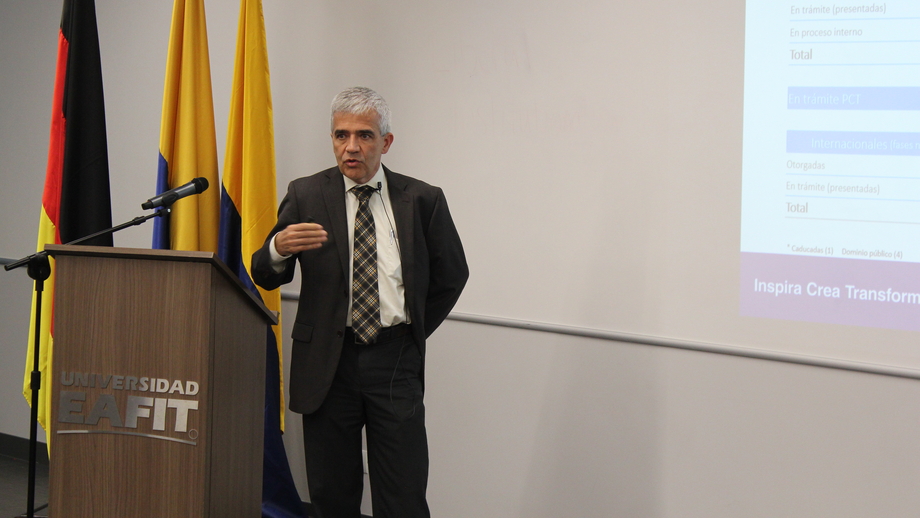 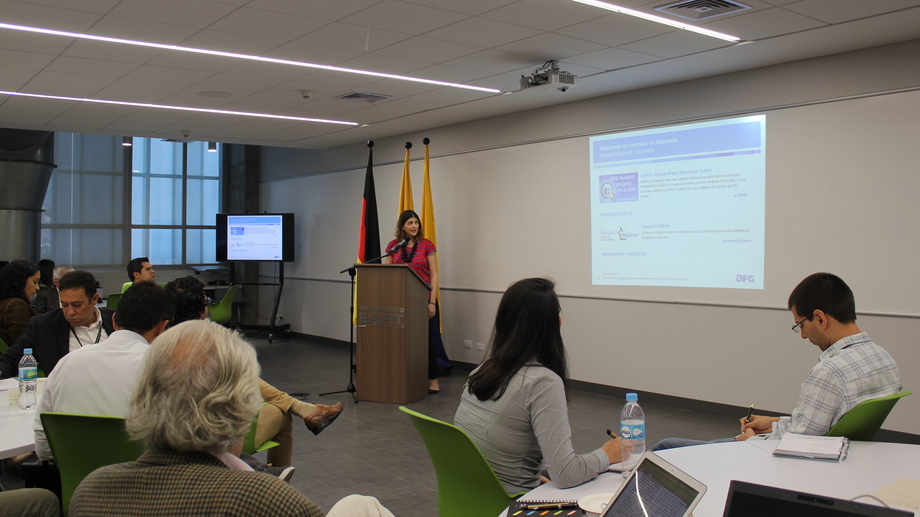 During the workshop, EAFIT, UdeA and UPB introduced themselves and explained their funding structures and instruments for international cooperation, as well as existing forms of cooperation with Germany.

Laura Redondo from the DFG Office Latin America spoke about the office’s role and activities and the funding instruments available for international cooperation. She also mentioned a number of successful projects currently being funded by the DFG, in which researchers from G8 universities in Colombia are participating. For example, a geology project between EAFIT and the University of Bremen has been underway since 2014 and a materials science initiative with the participation of UdeA and the Technical University of Dortmund since 2010. In addition, the DFG has provided funds for the initiation of a German-Colombian cooperation in zoology between UdeA and the Leibniz Institute for Evolution and Biodiversity Science. UPB is a partner in an electrical engineering project with the Technical University of Ilmenau and FH Aachen, which is being funded jointly by the DFG and its Colombian partner organisation COLCIENCIAS.

Since 2015, COLCIENCIAS and the DFG have also been funding three other bilateral projects: two in electrical engineering and one in electronics and information technology.

To intensify cooperation with the Colombian funding organisation, a meeting was also held with its new president Dr. Cesar Ocampo, who was appointed to the role in March and is particularly interested in sustainable development. He intends to give priority to areas of research that contribute to the wellbeing of society and help to overcome current challenges in the country’s peace process.

However, as well as funding projects of immediate societal relevance, COLCIENCIAS recently published a call for the funding of knowledge-driven research projects. In conversation with the partner organisation, Kathrin Winkler affirmed the fact that basic research can also generate results with practical applications, as can be seen with the bilateral engineering initiatives, for example. In view of the successful projects currently being conducted, Ocampo expressed great interest in expanding the cooperation to other areas and in joint research funding efforts for new projects in the year ahead.