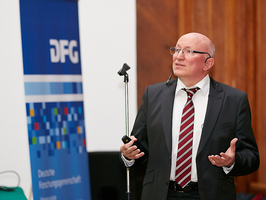 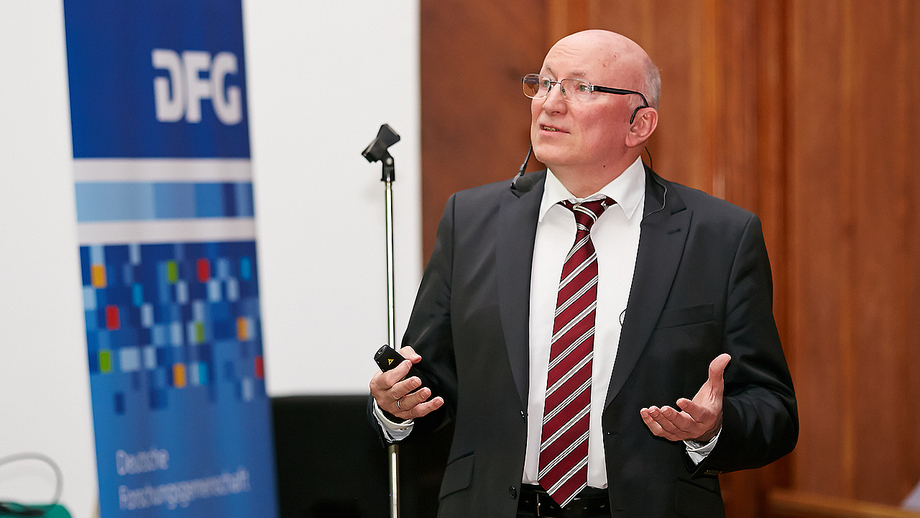 Wolfgang Ertmer (University of Hannover) at the Lomonosov University in Moscow 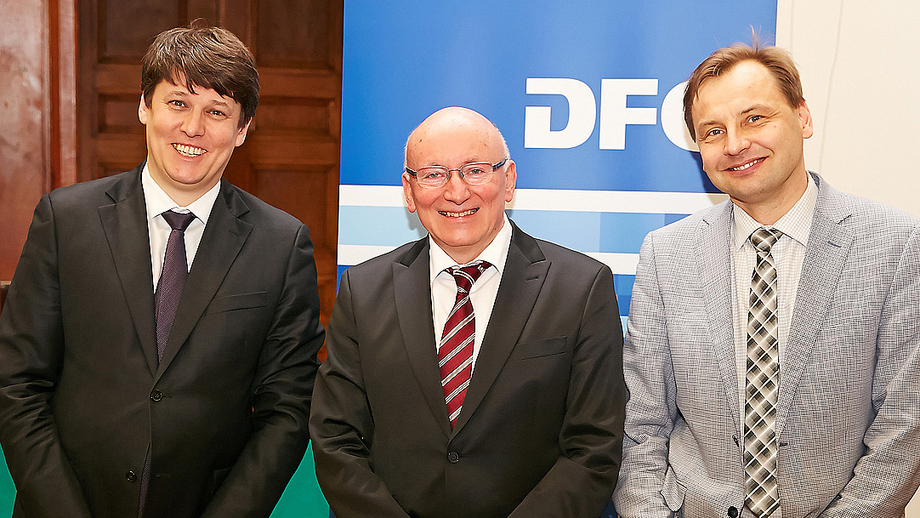 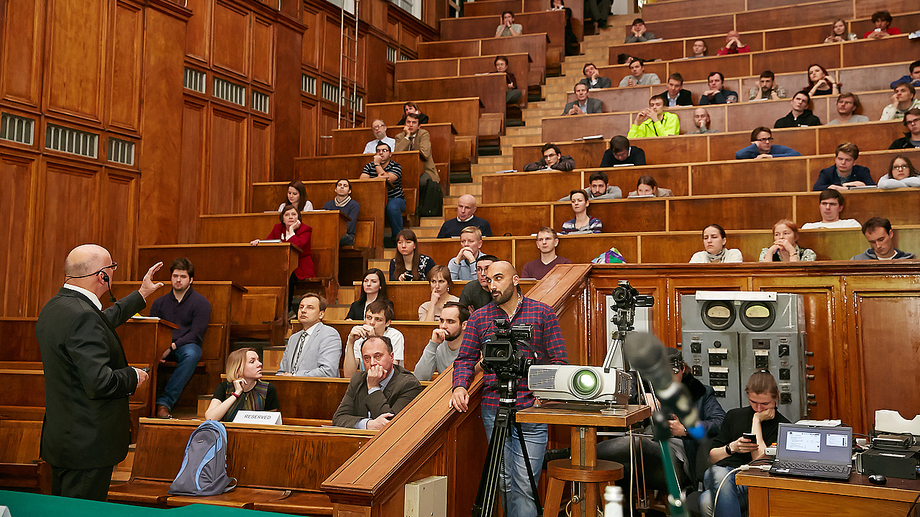 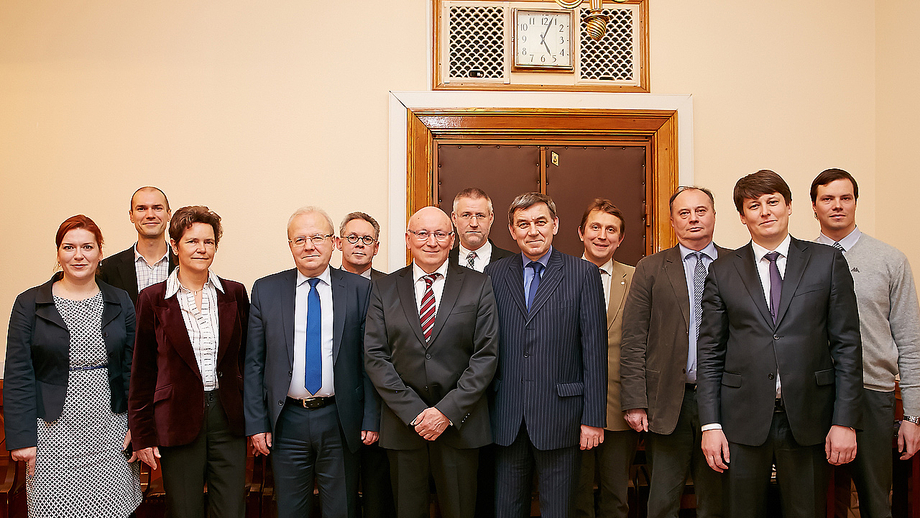 W. Ertmer (centre) with A. Khokhlov, Vice-Rector of Lomonosov University (left) and A. Khlunov, Director of the Russian Science Foundation (right) 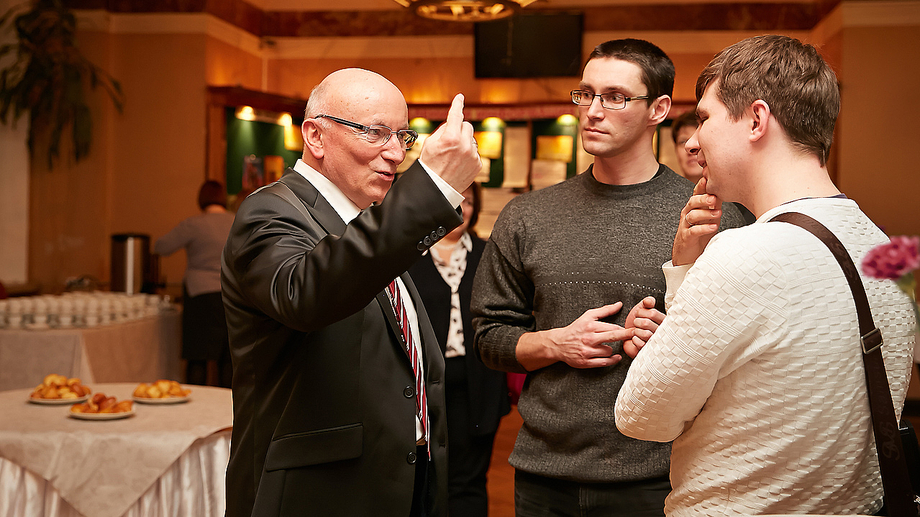 Wolfgang Ertmer in conversation with students 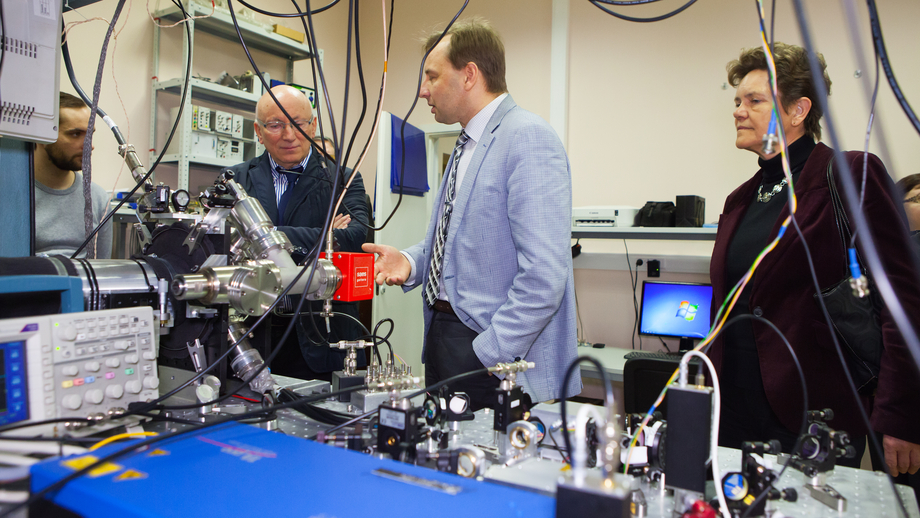 Wolfgang Ertmer (University of Hannover) at the Lomonosov University in Moscow

To introduce the lecture, which was moderated by Professor Andrei Fedyanin, Vice-Rector for Scientific Policy, words of welcome were given by the Vice-Rector for Innovation and International Cooperation, Alexei Khokhlov, and Aleksandr Khlunov, Director of the Russian Science Foundation (RSF). Andreas Meitzner, in his function as Envoy and Permanent Deputy Ambassador at the German Embassy in Moscow, underlined the important role played by the DFG Leibniz Lecture format in the scholarly dialogue between Germany and Russia. The co-organiser of this year’s event was the Russian Science Foundation, with which the DFG has a cooperation agreement and has been carrying out joint calls since 2015.

In his Leibniz Lecture, Professor Ertmer explained to the audience of around 100 the enormous progress made in quantum physics in recent times thanks to the physics of ‘ultra-cold quantum gases’. The ‘quantum engineering’ that this has made possible, particularly with Bose-Einstein condensates, opens up completely new horizons in precision for quantum metrology. There are varied potential applications in extremely accurate atomic clocks, the new field of relativistic geodesy, and sensors based on atomic interferometry, both in the laboratory and more recently in space.

It was the sixth occasion on which this lecture format has been held in the Russian Federation, showing how it has already developed into an institution of both scholarly and policy dialogue. The lecture was preceded by a meeting between Professor Ertmer and MSU Vice-Rector Aleksey Khokhlov, who opened the series of Leibniz Lectures at his university in 2012 with the then President Professor Matthias Kleiner. This was followed by a guided tour of the imposing main building of Russia’s oldest university and a tour of the laboratories in the Faculty of Physics.

The DFG’s Head Office in Bonn was represented by Karin Zach (Physics and Mathematics division) and Jörn Achterberg (International Affairs), on the visit associated with the Leibniz Lecture which also served to initiate further collaboration.

For example, a visit to the Lebedev Institute of the Academy of Sciences provided an in-depth insight into top-level physics research in Russia. The institute’s director Nikolay Kolachvsky, received Professor Ertmer and informed him about current lines of research, the latest research results and future outlooks for German-Russian cooperation.

Wolfgang Ertmer, Vice-President of the DFG and a member of the DFG Senate since 2007, is a professor of experimental physics at the University of Hannover. In recognition of his work, he received the DFG’s Gottfried Wilhelm Leibniz Prize, Germany’s most prestigious award for research, in 1997 and the Science Prize awarded by the federal state of Lower Saxony in 2009.

The DFG organises Leibniz Lectures, given by recipients of Germany's most important research prize, in countries all over the world where Germany has a diplomatic mission. The lectures present the latest topics of top-level research in Germany and opportunities for bilateral cooperation. Leibniz Lectures are greatly valued abroad as an ‘ambassador’ of German research and continually engender new research cooperations.