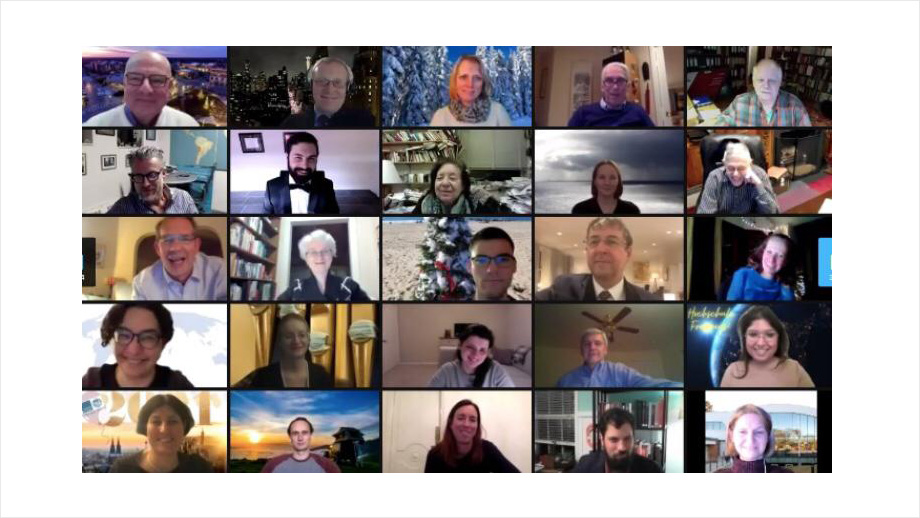 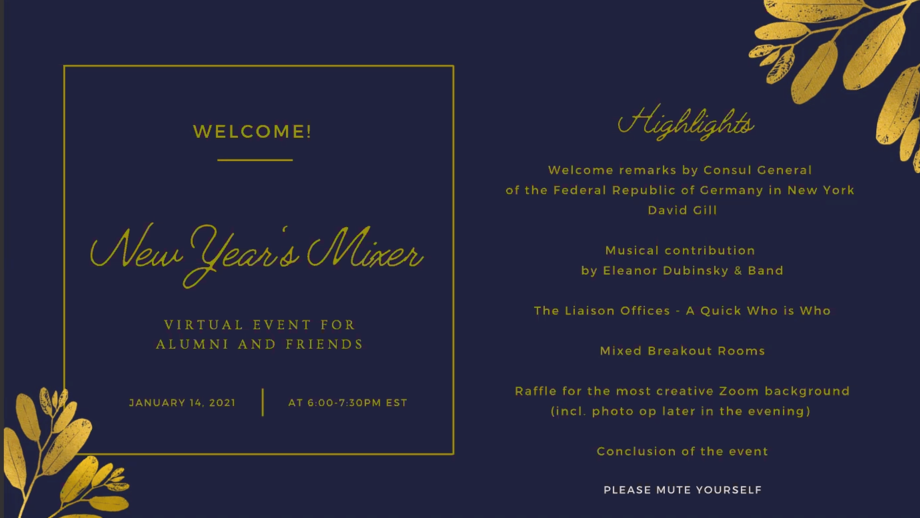 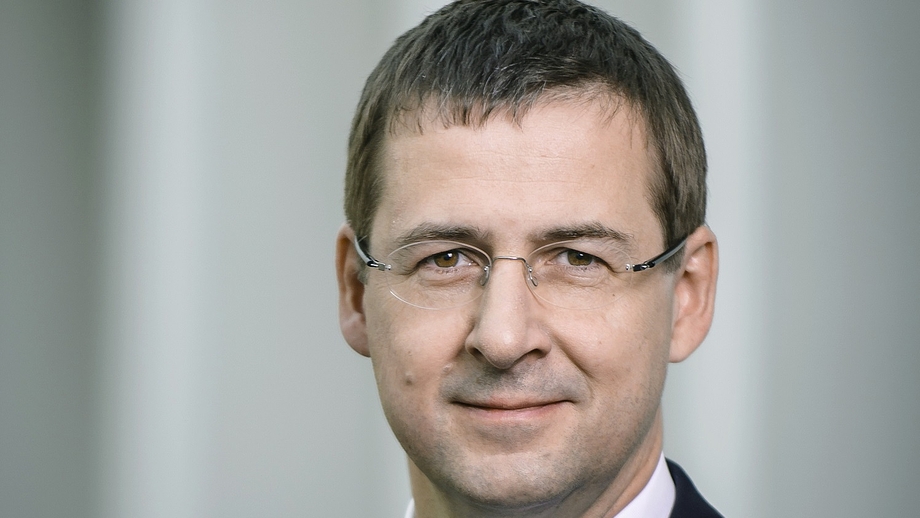 Although they could not clink their glasses in a toast, guests were still able to enjoy the musical performances that have become a tradition at such events. This year, singer Eleanor Dubinsky and guitarist Dario Acosta Teich lightened the mood, ensuring the conversations in the various virtual rooms at the mixer were just as interesting and enriching as they would have been in Mr. Gill’s residence.

The DFG invited its current fellows in New York to attend and was able to welcome several of them to the event. The mixer’s purpose was threefold: to meet funding recipients’ need to network, to provide appreciative on-site support for them on the part of the DFG, and finally to focus on their task as ambassadors at their respective locations abroad, where they informally represent the German research landscape with its international competitiveness and compatibility.

Everyone involved thought the evening was a great success, beautifully moderated as it was by Amanda Daquila (Heidelberg University) – though Consul General Gill did agree that in January 2022, his residence on Park Avenue would be a more festive venue after all.