The DFG and FAPESP Announce Results of Joint Call

Funding for Ten Bilateral Workshops in Germany and the State of São Paulo, Brazil 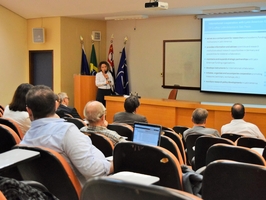 The workshops will take place in Germany and the state of São Paulo in Brazil, with the participation of researchers from both countries

(01/12/17) The DFG and its partner organisation FAPESP have announced the projects approved under the joint call ‘Joint Workshops 2017’, which was published as part of the cooperation agreement between the two institutions. Ten proposals were approved in total, and the associated events will be held in both Germany and Brazil over the course of the next year.

In line with the matching funds principle, the DFG will finance the German side through the Initiation of International Collaboration programme, while FAPESP will provide funds for the costs in Brazil through its funding instrument for workshops (Auxílio à Pesquisa – Organização de Reunião Científica e/ou Tecnológica).

Funding is being offered for bilateral scientific workshops to foster reinforced cooperation between researchers in Germany and the state of São Paulo in Brazil, and to provide a starting point for a joint project proposal. With this in mind, the DFG and FAPESP have developed joint programme lines, which were published last year to coincide with the tenth anniversary of their cooperation agreement. The calls for these programme lines explain the proposal and review process for the funding of bilateral individual projects and coordinated programmes in detail.