Excellence Programmes for Research in Germany and Brazil

(21.11.2017) In the first week of November, Brazilian funding agency CAPES, with which the German Research Foundation (DFG) has been cooperating since 1995, published a call for PRINT, the new internationalisation programme at Brazilian universities, with a view to establishing a new excellence programme. “There couldn’t have been a better moment for our symposium,” said Dr. Kathrin Winkler, the Director of the DFG’s Latin America office, at the opening of the event “The New Excellence Strategy of the Brazilian Universities and the German Excellence Initiative: Dialogue and Perspectives” in Brasília, which was held a little under a week after the call was announced. The participants in the joint symposium hosted by the DFG and CAPES on 16 November included Dr. Klaus Wehrberger, Deputy Head of the Coordinated Programmes and Infrastructure department, and Dr. Oliver Wiegner, Programme Director in the Research Centres Division, both from DFG Head Office. Having both been directly involved in the Excellence Initiative in Germany, they gave the audience an overview of the purpose, design and implementation of the programme. The event was attended by around 95 people, including prorectors of research and postgraduate studies and representatives of Brazilian universities and research institutions. 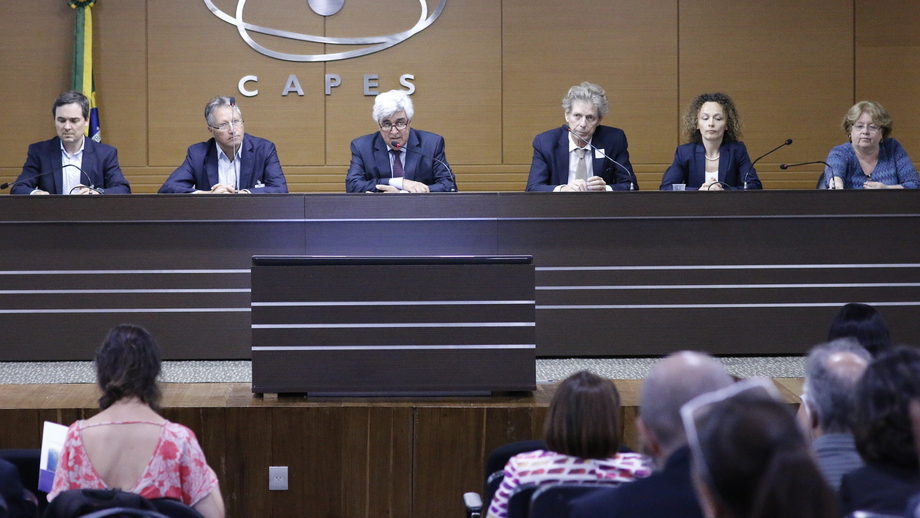 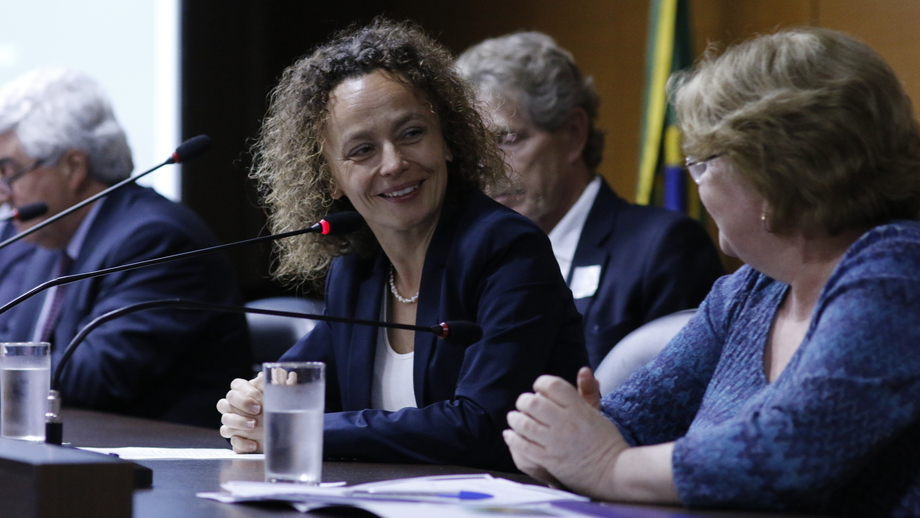 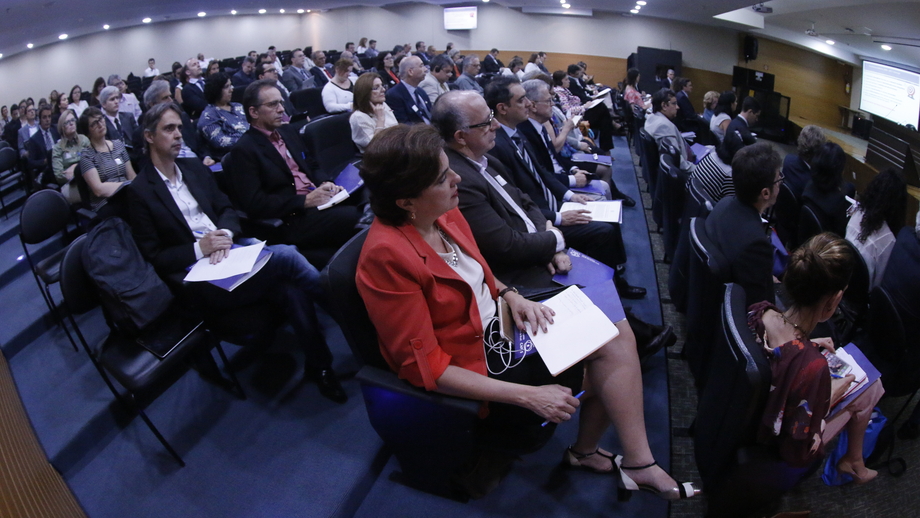 The current situation in Brazil in terms of research can be compared in some ways to the situation of the German higher education and research system about 15 years ago, which ultimately prompted Germany to implement the Excellence Initiative with a view to increasing the competitiveness and international visibility of German research. “At that time, other countries were making tremendous efforts to increase their research competencies and Germany needed to keep pace,” explained Wehrberger. Prof. Dr. Concepta Pimentel, Head of International Affairs at CAPES, had a similar view: “Our biggest universities are sliding down international rankings and the impact of Brazilian research has barely changed over the past 20 years. Meanwhile, other countries are making progress. Compared with industrialised nations in Europe, our impact is only half as great.”

To counteract this trend and promote excellence in research, CAPES is designing an excellence programme based on the German model and tailored to the needs of the Brazilian research community. The call for PRINT, issued recently, is the first step towards a wider programme that includes the development of institutional strategies for internationalisation. One of the challenges involved is the lack of mobility in the Brazilian research system: 63% of researchers in Brazil have never gone on a research visit abroad and have pursued their academic career at a single university. Based on the Elsevier data presented, it was evident that the impact of research publications in cooperation with international partners is twice as high as the world-wide average. “There has been no decline in the quality of Brazilian research, but we are lagging behind countries that are progressing faster in internationalisation. What this means is that we need excellence programmes with international links and investment in science and technology,” said Prof. Pimentel.

A survey of Brazilian universities conducted by CAPES revealed a trend of passive internationalisation, whereby students and lecturers spend time abroad studying and researching but the proportion of researchers and students from abroad is small. The survey also revealed variation in the degree of internationalisation at different universities, prompting CAPES to design the call in line with the “free painting” model used in Germany. The programme will make around BRL 300 million available per year for up to 40 institutional internationalisation projects over a period of four years. Each university will be required to develop initiatives tailored to its own specific requirements, identify priorities and design mechanisms so as to optimise performance in research and teaching. CAPES intends for the same model to be used in the excellence programme: “We realise that different universities need different internationalisation strategies. As a federal funding institution, CAPES will make the same instruments available to everyone, but these can be used flexibly within the framework of the initiative,” explained Pimentel. 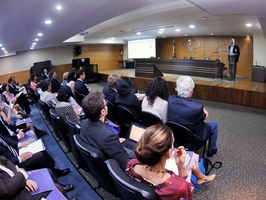 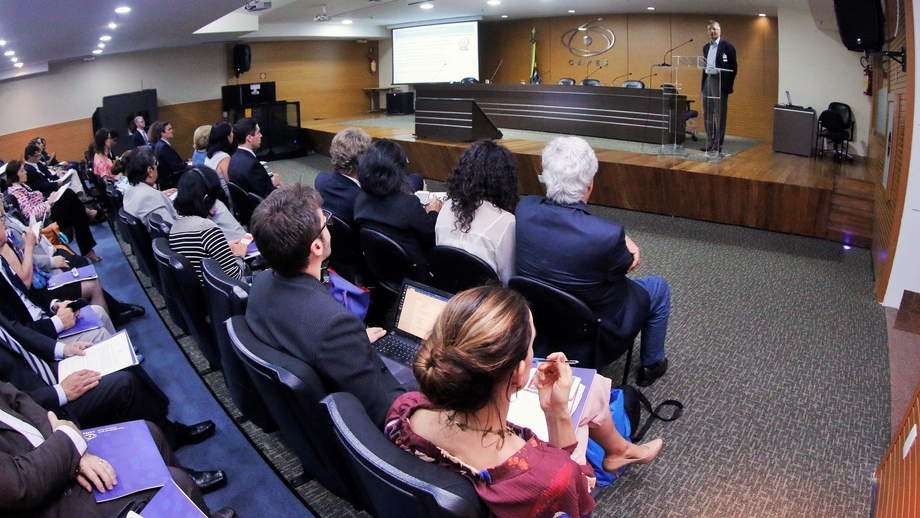 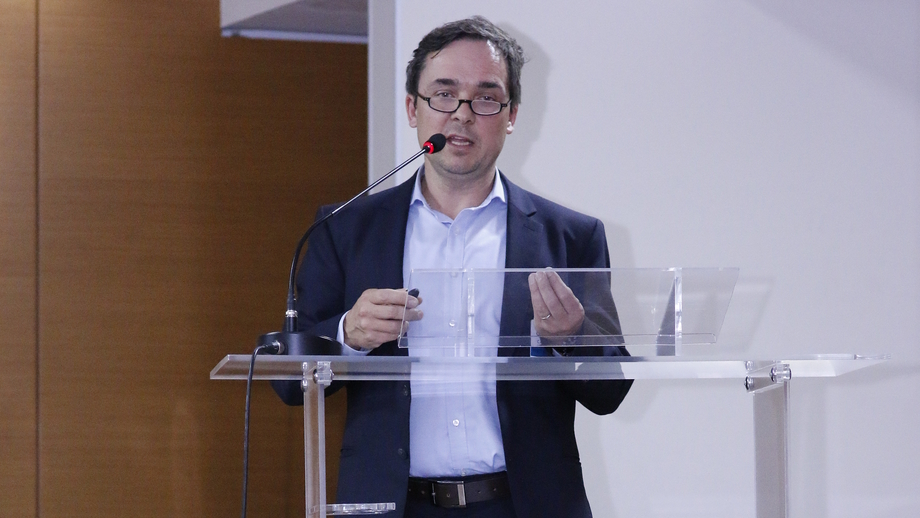 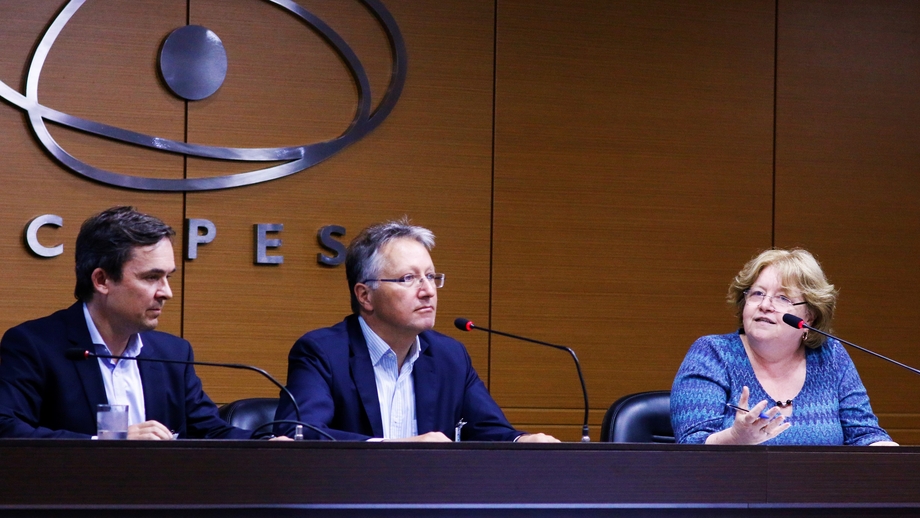 Wehrberger also pointed out that in the case of the Excellence Initiative in Germany, the “free painting” model made an essential contribution to the specialisation and profiling of universities by requiring them to critically evaluate their own strengths and weaknesses. “Our aim wasn’t to support two or three universities to enable them to compete against the likes of Harvard, MIT or Oxford. Rather, the intention was to identify the best researchers, universities and institutes for specific areas of research,” he said. Pimentel explained how CAPES aims to achieve something similar through the new programme: “We plan to clearly identify our strengths and define objectives with a view to achieving excellence in research. It’s rare for a university to perform equally well across all areas, and often the potential that a university has to offer isn’t easily visible.”

In addition to institutional initiatives to promote internationalisation, the Brazilian excellence initiative will incorporate two additional lines of funding. Firstly, it will create “hotspots” which are linked to the needs of the productive sector. Through excellence in knowledge-driven research and new technologies, the intention is to bridge the gap between university research and industry whilst creating solutions with social relevance.

Secondly, it will provide funding for clusters of excellence in knowledge-driven and applied research. These may be made up of researchers from the same institution or a group of researchers from different institutions within the same region, developing research projects in internationally competitive areas. To ensure that international standards are maintained, CAPES will integrate reviewers from abroad into the selection process. 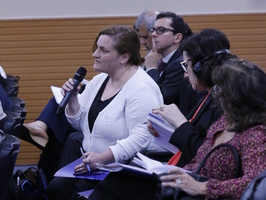 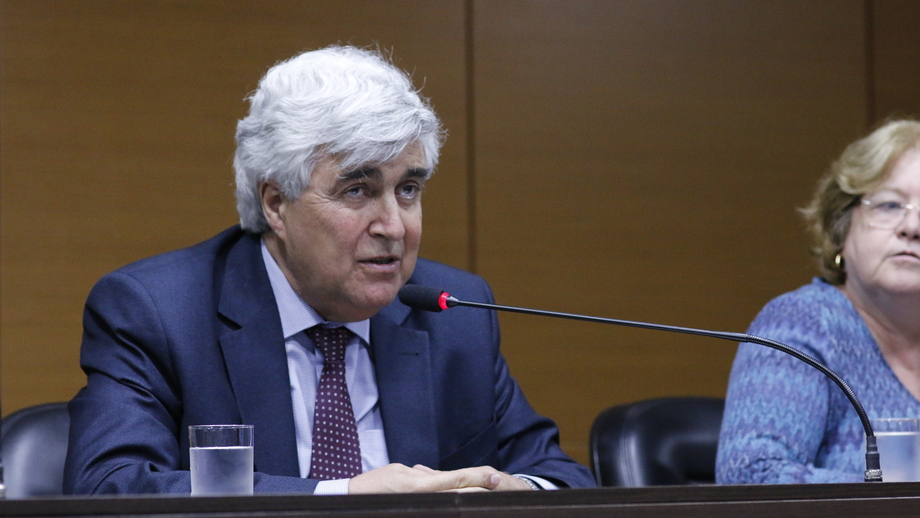 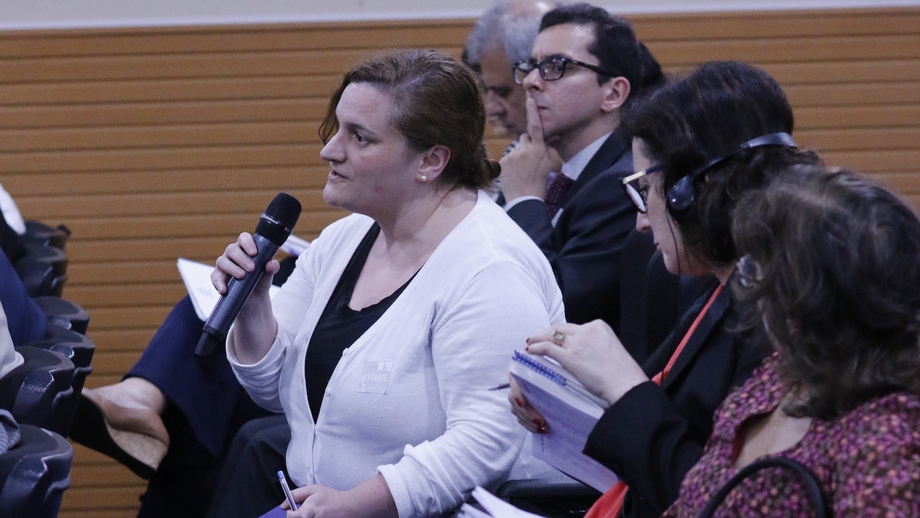 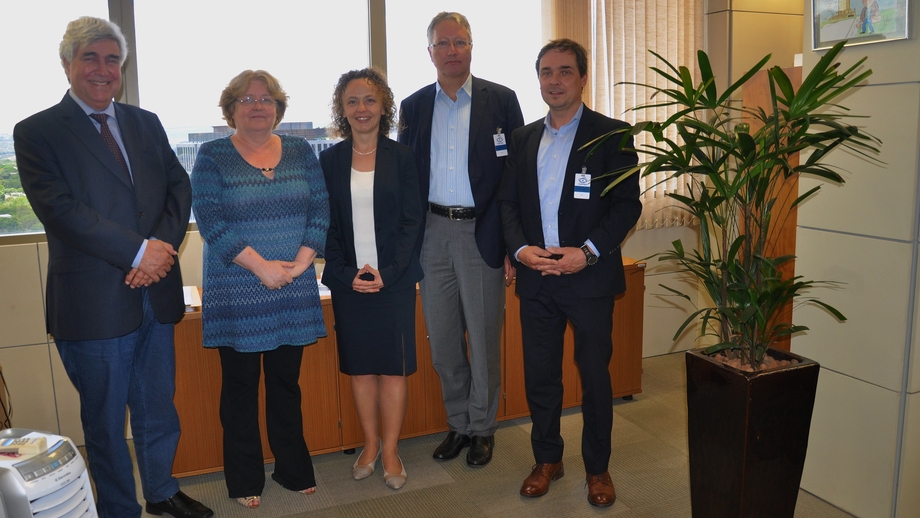 Oliver Wiegner, who supported the launch of the Excellence Initiative in Germany at the operational level, noted that almost 90% of the reviewers came from abroad. One reason for this decision was to avoid conflicts of interest: “The best researchers from all over Germany were involved in submitting proposals, and if they were competing with each other then they could not review one another’s proposals.” Although there was no specific funding for internationalisation projects in Germany, international orientation was an important consideration in the evaluation process. As Wiegner pointed out, the research was also required to be of an international level of excellence and applicants had to design new structures that were attractive to the best researchers from both Germany and abroad. This requirement was undeniably implemented with great success, with almost 6,000 new research jobs being created in addition to those created indirectly. Almost half of the newly hired teaching staff came from abroad, with the figure before the introduction of the programme being just under 10%.

Wiegner attributed the many positive results of the initiative to the long-term and continuous nature of the funding: “The funding from this programme enabled German universities to undertake projects that would not have been possible before.” Between 2006 and 2017, universities were awarded a total of €4.6 billion for new graduate programmes, clusters of excellence and institutional strategies to promote top-level research. In the new phase of the programme, now called the Excellence Strategy, an annual €533 million will be made available for clusters of excellence and universities of excellence between 2019 and 2027. In spite of the positive results achieved through the Excellence Initiative, Wehrberger identified a number of ongoing challenges, such as the integration of more women in the German research system.

CAPES President Abílio Neves expressed his support for the continuous funding of the future Brazilian programme, which will not be an easy undertaking given the current economic and political crisis in Brazil. “It is not possible to achieve excellence without a long-term funding horizon,” he stressed. He went on to explain that the plan is for the excellence programme to draw on funds which do not come from state sources and can therefore be used without restriction. “We are calling for the creation of a private and stable fund supported by corporate donations and embracing all areas of science,” added Pimentel.

During the event, there was an opportunity for the audience to ask questions and discuss various aspects of the German and Brazilian programmes with the representatives of CAPES and the DFG. “It was a great pleasure to have this fruitful dialogue here at CAPES with the two representatives of the DFG, who made the journey from Bonn especially for this purpose. This is a testimony to the outstanding cooperation between our two organisations,” concluded Neves in his closing words.