The Dilemma of Digitalisation

The German healthcare system – past and future: economist Jonas Schreyögg on structural problems that have become apparent, better access to healthcare data for evidence-based research and the expectations associated with electronic health records. In conversation with a member of the DFG’s Commission for Pandemic Research. 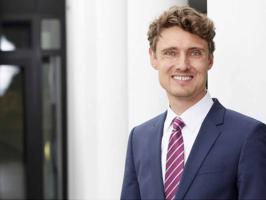 german research: Professor Schreyögg, we are conducting this interview at the end of June, and for the first time in a long while the infection figures are falling, while at the same time more and more people are now getting vaccinated. Many are already breathing a sigh of relief. Are we now back to normal?

Schreyögg: As the pandemic subsides, there are positive effects that combine: the warmer season, the effect of widespread testing and then the impact of the vaccination campaign as the number of those vaccinated increases rapidly. At the same time, the Delta variant is on the rise. It might also be that herd immunity will be difficult to achieve and we’ll keep seeing small outbreaks. Nevertheless, I believe we can look positively into the future in the medium term: we are seeing a revival of the economy and society at large, too.

Our healthcare system is considered by other countries to be one of the best and most expensive in the world. Has it shown itself to be crisis-proof in the pandemic?

Schreyögg: To some extent. We were lucky in Germany, especially at the beginning of the pandemic. If it had hit us as early and unprepared as Lombardy, which has one of the best healthcare systems in Europe, the situation would have been completely different. We have also been lucky because we have a much smaller staffing ratio than other countries, e.g. hospital personnel per ICU bed. This is half the ICU staffing ratio that countries like Italy or France have. So when we say our healthcare system has proven robust, we should add that the lockdown was imposed early on and the pandemic was slowed down at an early stage – that’s why the kind of precarious situation we saw in Lombardy never arose in the first place.

The lockdown measures were politically justified based on the risk of overloading the healthcare system, latterly based on the availability of intensive care beds. With a maximum of 5,700 coronavirus patients in a total of 34,000 ICU beds, critics are now saying this was a case of political instrumentalisation. Do you agree?

Schreyögg: I find this whole debate too indiscriminate. Not all ICU beds are the same. Many so-called intensive care beds are not strictly suitable for the provision of care to critically ill coronavirus patients. Treatment of these patients was mainly concentrated in university hospitals and maximum care hospitals (i.e. hospitals which usually have at least 500 beds); the figures are now also available for this. Some of these facilities certainly reached their limits. With a view to treatment capacity, we would need to know what the specific staffing was for each patient, but these figures are still not known. I believe it is vital for us to find this out, based on each individual hospital. The limiting factor is not number of beds or ventilators: it’s the number of staff available. This is where the whole discussion about beds simply doesn’t go far enough.

Leaving aside the dramatic crisis in long-term nursing care, what structural problems has the pandemic particularly highlighted?

Schreyögg: The disaster in Lombardy taught us that only the most severe coronavirus cases should be treated as inpatients. It is certainly true that the pandemic showed us that emergency care in Germany is a systemic problem. The Advisory Council on Developments in the Healthcare Sector, of which I am a member, presented an expert report on emergency care prior to the pandemic that recommends reforms. We have the problem in Germany that patients go into emergency departments very quickly. If we hadn’t changed course at the beginning of the pandemic, we would have run into a big problem. In this respect, it was a groundbreaking decision on the part of the Robert Koch Institute to ask patients to go into self-isolation at home in the case of mild progressions, to have this managed centrally via the Associations of Statutory Health Insurance Physicians or via the phone number 116 117 – and only to admit people to hospital in severe cases.

Crisis management on the part of the public health authorities – I’m thinking of contact tracing – has been the subject of scathing criticism ...

What do you mean when you talk about the “digitalisation dilemma of the German healthcare system”?

Schreyögg: Even after 15 months, it is well known that the reporting chains from the public health authorities to the Robert Koch Institute don’t function smoothly; they’re still not fully digitised. Unfortunately, there are still a lot of data standards that have not yet been defined in the healthcare sector. Above all, access to empirical data to pursue research is worse than in other countries. In Germany, there is no central body that might be capable of combining data sets and making them available in combined form, as would be necessary. This has implications: in Italy, studies were published relatively early on that combined infection data, clinical data and claims data from health insurance or regional health authorities; the same was true in England and the USA. We are lagging behind internationally in digitisation and data access for research purposes.

Large data gaps have emerged during the pandemic. As a health economist, which data sources would you mention here in particular?

Schreyögg: There’s a general need for better access to existing health data. A substantial part of my work is to manage these complicated forms of access to healthcare data. This is by no means insignificant! In international contexts, data from electronic patient records have long been important – for exam-ple in the UK and the Scandinavian countries as well as Taiwan, Canada and the USA. In terms of health economics and health services research in Germany, how we move forward in the next few years will be crucial.

Schreyögg: That’s what many people think. But the General Data Protection Regulation in fact allows privileged use of data in medical contexts. The problem in Germany derives more from how these provisions are legally interpreted – and how their interpretation differs from one federal state to the next.

Which healthcare system in Europe could we learn a lot from?

Schreyögg: (laughs) There are a few I could name, but of course the Nordic countries are unique. The data sets and their interlinking are excellent – and these countries are subject to the General Data Protection Regulation, too. In connection with EU projects, we are seeing that in some countries where you might not expect it – Hungary and Slovenia in particu-lar, for example – there is better access to research-related data than here in Germany.

What is the main challenge facing the German healthcare system?

Schreyögg: If we don’t manage to become internationally compatible with regard to data sources and data access, German researchers will increasingly resort to using foreign data. We need to get this message across again and again in the coming years: there is enormous value and benefit for Germany as a research hub to be derived from expanding this access and also improving it in terms of the way it is administered.

Would I be right in thinking that you have high expectations of electronic health records?

Schreyögg: Yes, indeed. However, there are still a number of areas that need fixing. First of all, as many citizens as possible have to be persuaded to actually want to use such records. The experience of other European countries in dealing with patient records suggests that an opt-out procedure ought to be used (i.e. an electronic health record is created if no explicit objection is made – at the moment, the opt-in procedure applies). This is quite practicable, but so far it is not supported by a majority among the German population or in the Bundestag.

As a health policy advisor and as a member of the Commission for Pan-demic Research, you advocate making empirical data from the healthcare sys-tem usable for research as well. Have the prospects for this improved since the Digital Healthcare Act came into effect in December 2019?

Schreyögg: This was of course a very important step, but it is only an initial move towards achieving truly widespread use and the full range of benefits. First of all, it is important to gain the trust of citizens in Germany, since so many are sceptical of digitalisation. We saw this in the DFG-funded ECOS survey, too, which is being conducted in seven European countries and focuses on the acceptance of measures during the pandemic. One striking result is that there are major differences in acceptance: scepticism is greater in Germany with regard to digi-talisation and vaccine readiness is lower here than in many other countries.

Have your personal expectations been fulfilled in participating in the inter-disciplinary commission on pandemic research?

Schreyögg: Ever since I’ve been involved in research, I have adopted an interdisciplinary approach. This is not only enjoyable for me personally: in my opinion it is also the way to make progress scientifically. I find the collaboration in the plenary and subworking groups across disciplinary boundaries to be vital and stimulating, not least because it combines the differing research perspectives and questions. This can be a source of inspiration for one’s own research work, too.

After the pandemic might well be be-fore the pandemic. What can we learn from this as you see it?

Schreyögg: The pandemic has shown us many things, both negative and positive. You might say the pandemic has been something of a lengthy seminar that has enabled us to critically examine a whole range of areas. Of course, this also applies to the political domain – and in my specialist area it concerns the organisation of the healthcare system. The next step will be to collate all the findings and draw conclusions – not just breathe a sigh of relief and go back to where we were before.