In view of rampant pandemic fatigue and a dramatic loss of confidence in policymakers and their measures, psychologist Cornelia Betsch calls for a change of strategy. A conver-sation with the member of the DFG Commission for Pandemic Research about vaccine acceptance and the opportunities and limitations of evidence-based health communication. 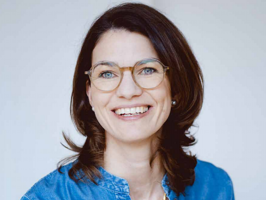 german research: Professor Betsch, we’re having this conversation in mid-March. With lockdown measures yet to be eased, the pandemic has never felt as oppressive and as demoralising as during these weeks in early spring. Why is this the case?

Betsch: It’s an enormous load to bear, and pretty much continuously, too. A pattern of intense psychological strain and declining risk perception has developed; even those who support the measures are losing their faith in the government. The result is pandemic fatigue. People have started to be less disciplined, giving rise to a very challenging situation given the rising incidences and spread of new mutants. All in all, people are less prepared to adopt precautionary behaviours of their own accord during the shutdown. There has been a lack of a clear, transparent perspective.

Since the beginning of the pandemic, you’ve been looking into the soul of the population by carrying out biweekly surveys as part of the COSMO study (see box). The level of confidence in politicians’ pandemic management has fallen dramatically ...

Betsch: 60 percent of the respondents trusted the government at the beginning of the pandemic in 2020, and this dropped to 30 percent by mid-March 2021. Looking at the data as a whole, we see falling confidence despite ini-tial easing, a relatively large share of those who think the measures don’t go far enough, widespread health concerns, increasing pandemic fatigue and a perception that the third wave is almost upon us. This suggests we might have achieved greater acceptance with more conservative easing, more uniform procedures and more stringent protective measures.

What started as a “wave-breaker” shutdown has become a permanent lockdown. Why were you quick to advocate a change of strategy and a clear opening strategy?

Betsch: We presented various exit scenarios to respondents – and we found that switching to a transparent strategy had the potential to motivate people and give them a sense of relief. We also see this with young people, who tend to be less compliant with the measures while at the same time suffering more from the restrictions caused by the pandemic. In terms of the psychology of motivation, you have to have a clearly defined goal if you want to dedicate your energy to achieving something. Unfortunately, the current step-by-step plan has not yet been successful here.

The current phased plan for openings – there has been talk of trial easing – is mainly incidence-driven, backed up by rapid tests, self-tests and vaccination. Is this a paradigm shift from a social-psychological perspective?

Betsch: Over the entire duration of the pandemic, the nitty-gritty detail of the measures as implemented in the various German federal states has not been viewed favourably. Consistent, overarching strategies are viewed more positively, such as the proposals put forward by the NoCovid Group. In the case of vaccination, slow implementation damages trust. In terms of rapid testing, there is a lack of sound communication: the test results are widely distrusted, though it is true to say that negative test results do give some people a little hope of a slightly more normal life.

A lot will depend on rapid progress in vaccination. How will coronavirus vaccine acceptance develop into autumn 2021?

Betsch: Vaccination acceptance increased when the first vaccines were approved in December. Further development is difficult to predict, but there are a number of factors we can look at here: trust in the safety of the vaccines is one of the most important. If things continue to go well with the vaccine programme, acceptance may increase further. It is also very important to remove any organisational or practical barriers that still exist.

What makes vaccination a “social contract” from the perspective of behavioural science?

Betsch: Vaccination is something that helps protect others – though in the case of the COVID-19 vaccine, we don’t yet know this conclusively of course. If what I do has a positive effect on others, I automatically ex-pect other people to do something to benefit me – the social contract is based on reciprocity. If the other person violates the contract, I get angry, disparage that person or pun-ish them. We see the same thing when it comes to wearing masks.

You’ve investigated the motivations of vaccine sceptics and anti-vaxxers. Why do vaccine hesitancy and conspiracy theories seem to go hand in hand?

Betsch: First of all, there aren’t that many anti-vaxxers, but there is a lot of coverage of them in the media, which is why we have that impression. There are unanswered questions concerning vaccines, such as the long-term effects of the COVID-19 vaccine. This is precisely where the conspiracy theorists take hold by offering simple explanations to address complex issues. Times of great uncertainty always provide the best breeding ground for ideology and misinformation.

Betsch: I would advise against it. We looked at the “psychological side effects” using measles vaccines as an example. People get angry when their freedom is restricted – it’s a psychological phenomenon known as reactance. It may result in them reasserting their freedom when it comes to other decisions relating to prevention – they might wear masks less or opt out of other voluntary vaccines.

A new term has emerged in the non-stop where-do-we-go-from-here discussions: expectation management. Is this simply the new code word for acceptance?

Betsch: (laughs) That’s a good question. One issue that has arisen at many levels over the past weeks is: who is actually managing the crisis? And who is communicating this? There’s one advert for the coronavirus early warning app that I personally think is awful: “Support us in the fight against corona!” This is saying: the government is managing the situation – we citizens simply have to do what we’re told. But the more we lose trust, the less we can rely on this kind of acceptance. A rethink is needed here. We need even more of a debate on whether sports clubs, churches, associations or employers can be crisis managers, too. This is about getting the protagonists of society on board to pursue a common goal in response to the pandemic. Joint expectation management of this kind is what is really called for here.

Your research topic on vaccination has been coolly catapulted into the media spotlight, turning you into a public figure yourself. What does that do to a psychologist?

Betsch: I find it hard to switch off. I come across my work everywhere, in all aspects of my life. Before all this happened I was already trying to get involved in politics in an advisory capacity on the issue of compulsory vaccination. On the one hand it’s nice to see that the work you’ve been doing is actually needed out there. But I also see a certain arbitrary quality in how research findings are dealt with – sometimes they’re used, sometimes they’re just left to one side. This has probably been the same for all scientists who went public during the pandemic.

Am I mistaken or do you have a lot of confidence in evidence-based health communication?

Betsch: Communication can achieve a lot, but not everything. This is something I become very much aware of in my work for the WHO. The issues at stake are always: what can communication actually achieve, where are the limits? And where do we need a change in the situation? This is where politics comes into play – the capacity to make rules or create frameworks. I’m thinking of the obligation to wear masks from April 2020 onwards: this could never have been achieved through communication alone.

In January, the DFG’s Commission on Pandemic Research published a dossier entitled “Know more – make informed decisions”. Is that your mantra too?

Betsch: Yes, definitely. If vaccination is not compulsory, you can make an in-formed choice. And that’s something that has to be taken seriously. When measures are justified and people understand them, they are better able to comply with them. Information campaigns are important here. This is about information – not marketing a certain behaviour.

What expectations do you have of your involvement in the DFG Pandemic Commission?

Betsch: The Commission brings together an incredibly rich body of knowledge. I think it’s important and also very exciting that the perspectives of other disciplines such as the behavioural sciences are being addressed in addition to virologists and modellers – and that the DFG is deliberately focusing on broad, interdisciplinary expertise.

The Commission not only wants to stimulate research but also identify research desiderata. Where do the priorities lie?

Betsch: We’re seeing researchers from all kinds of disciplines who previously had nothing to do with infection research and are now focusing their attention on this area, looking at how they can contribute from the perspective of their particular subject specialism. After the pandemic, it’ll be important to see how the insights gained can be tapped into on a lasting basis. In my field, we mustn’t allow the psychological body of knowledge that we have established to be viewed in isolation. How can it be incorporated into broader models that allow better predictions? If all this could be collated not only nationally but internationally as well, we will have unearthed a great treasure.

What long-term psychosocial consequences do you expect from the pandemic?

Betsch: There could be an increased need for psychological support – that will definitely be an acute problem. An infection can have serious physical and psychosocial consequences – think of such aspects as long COVID, loneliness and stigmatisation. On the other hand, humans are adaptive be-ings: to some extent they have the capacity to gain in strength through a crisis. We just have to make sure that individuals and groups don’t get left behind, such as in the area of school education, for instance.

Are there any constructive insights we can draw on for the much longed-for post-corona era?

Betsch: From the point of view of society, we can learn that crisis management should start proactively, precisely because political decisions often come later or as a reaction – here I’m thinking of the climate crisis. And we can gain a new appreciation of how research and science are of particular value, for example for the individual who comes to realise that scientific findings might actually have some-thing do with his or her own life – not just during a pandemic.

Thank you very much for taking the time for this interview!