Promoting Academic and Cultural Exchange Between Japan and Germany

This year the Deutsche Forschungsgemeinschaft (DFG, German Research Foundation) is to honour four researchers – two women and two men – with the Eugen and Ilse Seibold Prize. Chemist Professor Dr. Shigeyoshi Inoue from TUM, Japanologist Professor Dr. Regine Mathias from Ruhr-Universität Bochum, materials physicist Professor Dr. Hidenori Takagi from the Max Planck Institute for Solid State Research in Stuttgart and jurist Professor Kanako Takayama from the University of Kyoto are each to receive the €15,000 award. Through years of dedication, they have successfully contributed to both academic and cultural exchange between Germany and Japan. The Seibold Prize will be awarded for the final time in 2020, since the fund established by Eugen and Ilse Seibold in 1997 will be exhausted following this round of awards.

The choice of two Japanese researchers integrated in the German research system for this year's prize, reflects the new realities of the globalisation of research, the jury noted. "In selecting four prizewinners, the DFG is once again sending out a strong message in support of German-Japanese cooperation," said the chair of the jury, DFG Vice President Professor Dr. Julika Griem. "We believe we have chosen an academically excellent group of individuals who are highly committed to promoting German-Japanese relations, and with the inclusion of two highly qualified women, it also fulfils the DFG's Research-Oriented Standards on Gender Equality." Due to the coronavirus pandemic, the award ceremony for the Seibold Prize will not take place until next year.

Chemist Shigeyoshi Inoue has shown tremendous dedication in promoting exchange and cooperation between Germany and Japan. Born in 1980 in Aichi, he has been awarded fellowships from the Alexander von Humboldt Foundation and the Japan Society for the Promotion of Science, and has been working in Germany since 2008. In 2015 he was appointed professor of silicon chemistry at TUM. In 2014 he received an ERC Starting Grant for his work on the synthesis and catalytic applications of NHC-stabilised silylium ylidene ions. Inoue was involved in the Junior Expert Program (JEX) of the Federal Ministry of Education and Research (BMBF), which enables young managers in research and industry in Germany and Japan to become acquainted with research institutions in the other country. 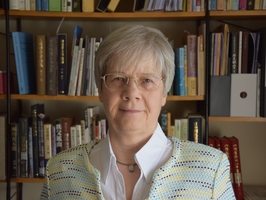 Regine Mathias, a retired professor at Ruhr-Universität Bochum, was actively involved in promoting exchange and cooperation between Germany and Japan during her long research career. She enhanced the understanding of both countries through her work on the history of everyday life in modern Japan, always avoiding an exoticisation of the country, and placing its historical development within a global historical context. She was also involved in supporting early career researchers and served on various bodies, including the board of trustees of the JaDe Foundation, which promotes German-Japanese academic and cultural relations, and the board of trustees of the Max Weber Foundation. Mathias was a DFG review board member from 2008 to 2015. She is currently coordinating the development of a Japanese library at the Centre Européen d'Etudes Japonaises d'Alsace in France. 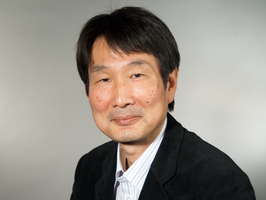 Hidenori Takagi is well known both in Germany and in Japan for his many contributions to materials physics. He has published pioneering research on metal-insulator transitions, high-temperature superconductivity and quantum magnetism. After researching at Tokyo's RIKEN institute in Tokyo and working as a professor at the University of Tokyo, in 2013 he was appointed director of the Max Planck Institute for Solid State Research in Stuttgart, at the same time becoming the first Japanese scholar to be awarded a Humboldt professorship. Takagi has won several awards, including the IBM Science Prize, and is a Fellow of the American Physical Society. He promotes German-Japanese cooperation by collaborating closely at the MPI with research teams at the University of Tokyo, where he still holds a professorship. This partnership has given rise to joint research projects, staff exchanges and annual workshops.

Jurist Kanako Takayama was appointed professor of law at the University of Kyoto in 2005, becoming one of the youngest female law professors in Japan. Her research deals with questions such as the importance of sympathy in lay participation in penal procedures, crime among the elderly in Japan and criminal penalties for tattoos. In 1998 Takayama received a grant from the Alexander von Humboldt Foundation, and carried out a two-year research visit to the University of Cologne. Since then she has organised German-Japanese conferences for early career researchers in law and has been actively involved in the Humboldt Alumni Association Japan. She is also active in many international, German and Japanese associations and is a member of the Science Council of Japan. She has received an array of awards for her contributions, including the Philipp Franz von Siebold Prize in 2018 and the Federal Cross of Merit in 2006.

The Eugen and Ilse Seibold Prize has been presented by the DFG to Japanese and German researchers since 1997. The prize money comes from a fund set up by Eugen and Ilse Seibold. After this year's awards have been presented, the proceeds of this fund will be exhausted, with the result that the prize cannot be awarded again. Marine geologist Eugen Seibold was President of the DFG between 1980 and 1985. In 1994, he and American environmentalist Lester Brown were awarded the Blue Planet Prize by the Asahi Glass Foundation in Japan – at €400,000 the world's largest environmental prize. Eugen Seibold and his wife, Dr. Ilse Seibold, donated €150,000 of the prize money to the DFG.