Promoting Academic and Cultural Exchange Between Japan and Germany

Political and administrative scientist Prof. Dr. Kōichirō Agata and legal scholar Prof. Dr. Harald Baum have been selected to receive the Eugen and Ilse Seibold Prize by the Deutsche Forschungsgemeinschaft (DFG, German Research Foundation). They are being recognised for their many years of successful dedication to academic and cultural exchange between Germany and Japan. The winners were chosen by the prize jury at its meeting in May 2019.

“Kōichirō Agata and Harald Baum aren’t just renowned as outstanding researchers in their respective countries and subject areas. They are also highly regarded in each other's country and have made a significant contribution to German-Japanese understanding through their considerable personal dedication, especially in the area of student exchanges,” said DFG Vice President Prof. Dr. Katja Becker, who chaired the jury. The prize, worth €10,000, will be presented on 9 September 2019 in Bonn. 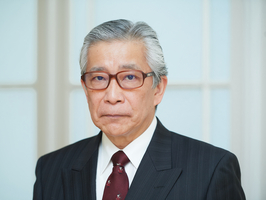 Kōichirō Agata is being recognised for his decades-long support in promoting exchange and cooperation between Germany and Japan. As a member of the selection committee for the German Academic Exchange Service (DAAD), the Tokyo-based administrative scientist has been involved for many years in the awarding of fellowships to Japanese students.

In 2008 he was appointed as the first liaison scholar for the Alexander von Humboldt Foundation (AvH) in Japan. He has also served for many years as a member of the Foundation Council of the Japanese-German Center Berlin.

Agata’s research focuses on the comparison of municipal administration in Japan and Germany. He studied political science at Waseda University in Tokyo. Between 1984 and 1988 he was a DAAD fellow at the University of Cologne and the University of Administrative Sciences in Speyer, where he earned his doctorate in administrative sciences in 1992. He was subsequently appointed a professor at Waseda University, where he has held the Chair of Administrative Sciences since 1997. In 2008 he became Dean of the Okuma School of Public Management at Waseda University. He has regularly shared his expertise in the non-academic world, for example as an adviser to Japan’s ministry of education (MEXT) and the country’s interior and foreign ministries. For his services to German-Japanese relations, he was presented with the Cross of Merit of the Order of Merit of the Federal Republic of Germany in 2006.

Harald Baum has also made an outstanding contribution over many years to exchange and cooperation between Germany and Japan. Through his academic work he has enhanced understanding in both countries by enabling German scholars to understand Japanese law while making German law accessible in Japan. He has achieved this not only in his role as Vice-President of the German-Japanese Association of Jurists (DJJV), but also as founder and editor of the Journal of Japanese Law, which has been published regularly for over 20 years, presenting information on this topic in German and English. In recognition of this he was awarded the prize of the Foundation for the Promotion of Japanese-German Scientific and Cultural Relations (JaDe) in 2010.

Baum’s research interests are international private and procedural law, with a focus on Japanese law. He studied law in Hamburg and Freiburg and earned his doctorate at the University of Hamburg in 1984. He then became a research fellow at the Max Planck Institute for Comparative and International Private Law, where he is still based today. He has also spent periods of time researching abroad, particularly in Japan. In 2004 he completed his habilitation in the Faculty of Law at the University of Hamburg, where he was appointed professor in 2010. In addition to his teaching and research work in Germany and Japan, he has organised numerous conferences on law, with an emphasis on the training of early career scholars.

The Eugen and Ilse Seibold Prize, presented by the DFG, has generally been awarded every two years since 1997 to Japanese and German researchers. The prizes honour special achievements in all areas of science and the humanities on a rotating basis, this year in the humanities and social sciences.

The prize is financed through a fund set up by Eugen and Ilse Seibold. Marine geologist Eugen Seibold was President of the DFG between 1980 and 1985. In 1994, he and American environmentalist Lester Brown were jointly awarded the Blue Planet Prize by the Asahi Glass Foundation in Japan -- .at €400,000 the world’s largest environmental prize. Eugen Seibold and his wife, Dr. Ilse Seibold, donated €150,000 of the prize money to the DFG for the establishment of a fund. The proceeds from this fund are used to promote research and understanding between Germany and Japan.