Two outstanding chemists have been selected to receive the Eugen and Ilse Seibold Prize 2011. Professor Gerhard Erker, from the University of Münster, and Professor Kazuyuki Tatsumi, who works at Nagoya University, have been recognised for their contributions as promoters of understanding between Japan and Germany and as long-term advocates for science. The research duo founded the first Japanese-German Research Training Group, “Complex Functional Systems in Chemistry: Design, Development and Applications”, which has been funded jointly by the Deutsche Forschungsgemeinschaft (DFG) and the Japan Society for the Promotion of Science (JSPS) since 2006. The Erker/Tatsumi team is the first research team to be awarded the prize, which is sponsored by former DFG President Eugen Seibold and his wife in the amount of 10,000 euros. 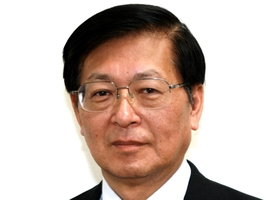 The prize is a symbol for the long-term, close cooperation between German science and Japan, said DFG President Professor Matthias Kleiner, also calling to mind the catastrophe in Japan and its unforeseeable consequences. “Both the DFG and I are deeply shocked by this incomprehensible natural and environmental disaster. Like our colleagues, friends, and everyone in Japan, we are both fearful and hopeful. We are ready to help in any way we can, wherever it is needed.”

The closeness of the bond between Germany and Japan is also demonstrated by the prizewinning pair and their work. The parallels between the two multiple-award-winning, internationally recognised chemists began very early. Both studied chemistry in their native countries: Gerhard Erker in Cologne and Bochum, Kazuyuki Tatsumi in Osaka. Both completed a postdoctoral phase in the USA before establishing themselves as outstanding researchers in organometallic chemistry. During this period, they worked on several related topics which have, particularly in recent times, proved mutually beneficial. 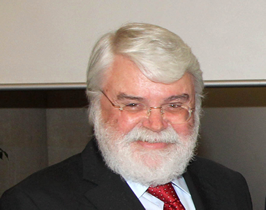 The high level of specialist scientific renown enjoyed by the two researchers is also evidenced by the scientific offices they hold. Erker, who heads the Institute of Organic Chemistry at the Westphalian Wilhelm University of Münster, served as President of the German Chemical Society (GDCh) and a member of both the DFG Senate and the Joint Commission of the Excellence Initiative. Tatsumi, who has held a chair of chemistry at Nagoya University since 1994, was a member of the Subcommittee of Japan's Council for Science and Technology and is currently a member of the Science Council of Japan and Vice President of the International Union of Pure and Applied Chemistry (IUPAC). He will assume the presidency of this organisation for a two-year term beginning in 2012.

The jointly founded International Research Training Group has its roots in a declaration of intent issued by the DFG and the JSPS in 2005, and the concept of cooperating within a framework of networked projects was translated into action by Erker and Tatsumi. In doing so, they also supported the establishment of the Japanese-German Graduate Externship by the JSPS, which is equivalent to the DFG‘s Research Training Group. Their work thus sent a clear signal in favour of Japanese-German cooperation, based - as it was - primarily on the rapidly developing understanding and growing trust between the two researchers. The success of their scientific collaboration is also evidenced by the DFG’s decision to continue its support for another funding period.

The Eugen and Ilse Seibold Prize has been awarded by the DFG to one Japanese and one German researcher every two years since 1997. The prizes are awarded for particular achievements in all scientific fields, and are given alternately to researchers working in the humanities and social sciences and in the natural sciences. The prizes are funded through a foundation established jointly by marine geologist and former DFG President Professor Eugen Seibold and his wife. Seibold, who headed the DFG from 1980 to 1985, established the fund using money he received as part of the “Blue Planet Prize”, an environmental award presented jointly to him and American environmentalist Lester Brown in 1994 by the Japanese Asahi Glass Foundation. The proceeds from the Eugen and Ilse Seibold Fund are used to promote science and further understanding between Germany and Japan.

The Eugen and Ilse Seibold Prize will be presented to Gerhard Erker and Kazuyuki Tatsumi on 20 May 2011 at the Berlin-Brandenburg Academy of Sciences and Humanities in Berlin.