The Albert Maucher Prize, which is worth €10,000, was established by geologist Albert Maucher, who was supported by the DFG during the early part of his scientific career. In accordance with his wishes, the prize is presented in recognition of outstanding research by early career researchers. Kathryn E. Fitzsimmons joined the Department of Human Evolution at the Max Planck Institute for Evolutionary Anthropology in Leipzig in 2010. Her research interests focus on environmental change and human-environment interactions. 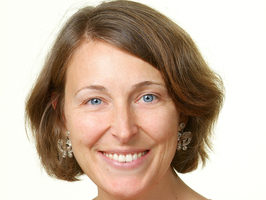 In her research, Fitzsimmons examines the question of how arid and loess regions have changed over the last 2.6 million years, the so-called Quaternary period. In her field research she seeks to enhance our understanding of the history of environmental change and its impact on human beings. In particular, she applies the techniques of luminescence dating. Her work has taken her to the central Australian desert dunefields, the Willandra Lakes Region UNESCO World Heritage Area and the Eurasian loess belt in Romania and Kazakhstan. The Australian-born researcher's versatility is demonstrated by the fact that she holds both a BSc in earth sciences and a diploma in German from the University of Melbourne, which she studied for in parallel. After completing her degree she obtained her doctorate from the Australian National University in Canberra, where she also worked as a postdoctoral researcher. She joined the Max Planck Institute for Evolutionary Anthropology in 2010.