Professor Ulrike Herzschuh will be awarded the Albert Maucher Prize in Geoscience on 10 October 2010. With the prize, which is to be presented as part of the celebration marking the 100th anniversary of the Geologische Vereinigung (GV) in Frankfurt am Main, the Deutsche Forschungsgemeinschaft (DFG, German Research Foundation) recognises the junior professor at the Alfred Wegener Institute and the University of Potsdam for excellent research in various DFG-funded projects. The prize, worth 10,000 euros, was donated by Munich geologist Albert Maucher, who himself received DFG funding at the beginning of his scientific research career. According to Maucher's wishes, the prize expressly recognises unconventional research approaches and methods as well. 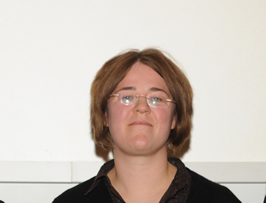 As a junior professor for palaeoecology and palaeoclimatology at the Institute for Geosciences of the University of Potsdam, Professor Ulrike Herzschuh (35) studies the climate of prehistoric times. For this purpose, she researches in Asia (Tibetan high plateau, China, Mongolia and Siberia), examining fossil pollen, chironomid midges and other fossils in marine sediments to determine past climatic conditions. This is in addition to data from isotope measurements and the analysis of biomarkers in organic components of the sediments. In a further step, Herzschuh studies what the findings reveal about the global palaeoclimate. Her work focuses on the role of the permafrost on the climate of the polar regions.

The young researcher and two-time mother was recommended for the prize on account of her diverse international collaborations and her outstanding publication output. In addition, she has successfully secured funding for and completed her own projects and is committed to academic teaching and university self-administration.