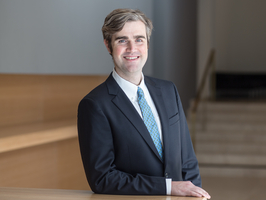 Timothy Nunan has studied and researched in the field of global history at Oxford, Princeton, Harvard and Berlin and is fluent in several languages. This, combined with his outstanding knowledge of the regions his research focuses on – Afghanistan, Pakistan and Iran – allows him to examine his research topics from multiple perspectives. In his dissertation, Nunan was already developing new insights into Central Asia, Afghanistan, the Cold War and the role of humanitarian aid, which opened up new research questions for scholars in the field. Nunan's research stands out by virtue of its scholarly breadth, bringing together topics in East European and pan-European history in the research region of Central Asia. In this sense, he is carrying out pioneering work, considering the history of the Cold War – especially the role of the Soviet Union – together with that of the Islamic Revolution. Through his research, Nunan has thus contributed to global historiography topics that were not previously recognised, or not examined together.