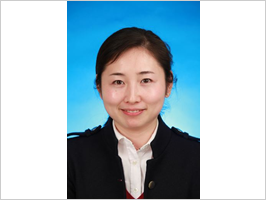 Although she is still at an early stage of her career, Xiaoying Zhuang already plays a prominent role in numerical mechanics. She worked as a postdoctoral researcher in China and Norway before moving to Germany in 2014. A year later she won the Sofja Kovalevskaja Award, which enabled her to set up an independent junior research group at Leibniz Universität Hannover. In the field of numerical mechanics, Zhuang has developed novel and effective methods for the solution of partial differential equations for complex problems in materials science. In her early work she focused on applications in geomechanics and geotechnics, before successfully turning her attention to other complex materials including new polymer composites. Her research results have already been put to successful use in commercial software.