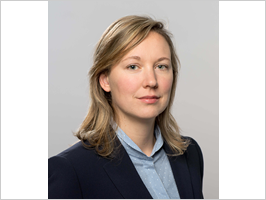 Antonia Wachter-Zeh works in the field of theoretical communications engineering. Her achievements in channel coding have met with a tremendous response in the international community, especially the use of rank-metric codes for modern data transmission in networks. This not only allows the correction of faulty information sent in packets via the channel, but also enables improved utilisation of network capacity. This in turn makes it possible to increase transmission efficiency while improving the reliability of the data. In this way, Wachter-Zeh is making an important contribution at international level to the rapidly advancing field of information technology. While she was working on her doctoral thesis in Ulm she established links with Technion in Haifa, Israel, where she subsequently worked as a postdoctoral researcher. In 2016, she was appointed to a W2 grade professorship at TU Munich, shortly after being awarded funding in the DFG’s Emmy Noether programme.