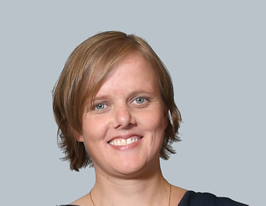 Marion Silies began to study the motion perception of Drosophila as a postdoctoral researcher at Stanford University. Since 2014 she has led the Emmy Noether independent junior research group ‘The Cellular and Molecular Basis of Motion Perception’ at the University of Göttingen. In this group she investigates the outstanding question of how neural networks perform critical calculation operations and how sensory systems use these calculations to extract information from the environment and control behaviour. Among the tools Silies uses is a genetic ‘toolbox’, established by her and now used by countless laboratories worldwide. With this toolbox researchers can manipulate neural function in specific cells and thus identify the neural networks of motion perception. Silies has won multiple awards for her work. In 2016 she received an ERC Starting Grant for her project ‘MicroCyFly’.