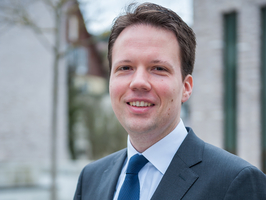 With his dissertation ‘Verisimilitudo. Die epistemologischen Voraussetzungen der Gotteslehre Abaelards’ and his habilitation thesis ‘Theologie aus anthropologischer Ansicht – Der Entwurf Franz Oberthürs (1745–1831)’, within a few years Michael Seewald established himself as an expert in dogmatics and ecumenical theology. The former won the Cardinal Wetter Prize of the Catholic Academy in Bavaria, while the latter was awarded the Karl Rahner Prize presented by the University of Innsbruck. Through his habilitation thesis, in particular, Seewald presented a fundamental work on the reception of the European Enlightenment in the environment of Catholic dogmatics, which, through an individual person, also sheds new light on the general relationship between the Catholic Church and modernity. This fills an important gap in research. Since January 2016, Seewald has taught as a private lecturer in dogmatics and ecumenical theology at LMU Munich.