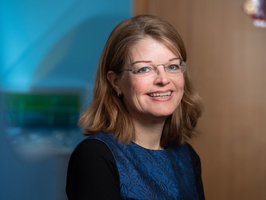 Dagmar Schäfer is to be presented with the Leibniz Prize for her pioneering contributions to a comprehensive, global and comparative history of technology and science. Her work on China has shed new light on the supposed stagnation of knowledge development there, as diagnosed from the West, and opened up new perspectives for a global history since the period known from a European standpoint as the 'early modern period'. She has written two particularly important works on state, economy, science and technology in China during the Ming era. Through 'The Emperor's Silk Clothes. State Silk Factories in the Ming Period (1368-1644)', published in 1998, Schäfer laid the foundations for an approach in which forms of knowledge and action are investigated in both their historical and cultural context and in everyday practices. The volume 'The Crafting of the 10,000 Things: Knowledge and Technology in 17th-century China' (2011) expands on this perspective. This study was also of fundamental importance to global history, relating Chinese and European developments in the 17th century in a more balanced way. Schäfer has thus developed new approaches, which are oriented towards cultural studies in a broad sense, thus opening up comparative perspectives on a comprehensive global history.