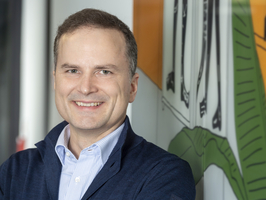 The Leibniz Prize for Rupert Huber recognises his outstanding experimental work in terahertz and solid-state physics at the interface between optics and electronics. Huber first achieved prominence with his research on light wave electronics. The innovative idea behind this field of research is the use of atomically strong light fields as alternating current in solid-state systems in order to observe completely new quantum phenomena on very short timescales. In the future, this fundamental research could be used in ultrafast atomic-resolution microscopes or quantum information processing. Huber is the first to have investigated the very fast charge dynamics in solids in interaction with strong light fields. He discovered that it is not possible to unambiguously determine the energy of the electrons within a very short time span after excitation by the strong light field; instead, the electrons are in oscillating mixed states that cancel each other out or amplify each other depending on the orientation of the light field. In a similar way to collision experiments in elementary particle accelerators, Huber was also able to deliberately collide so-called quasiparticles into each other in solid-state systems. These collisions produce ultrashort light flashes which provide information about the structure of the quasiparticles. Huber has also recorded molecular movement triggered by light waves in an atomic slow-motion film.

Rupert Huber studied physics at the Technical University of Munich, where he also earned his doctorate in 2003. After spending three years at Berkeley, USA, he returned to Germany, where he led a DFG-funded Emmy Noether independent junior research group in Konstanz. In 2010, he was appointed to a professorship at the University of Regensburg, where he works at the Institute of Experimental and Applied Physics.