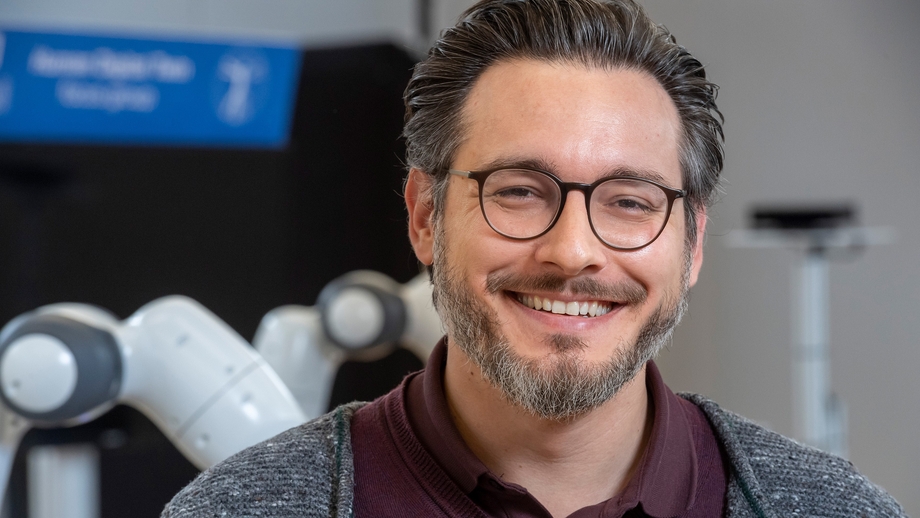 Sami Haddadin was selected to receive the 2019 Leibniz Prize for his pioneering research in the field of robotics. The award particularly recognises his work at the interface between humans and machines, where he investigates the foundations of safe, intuitive and reliable physical human-robot interaction. Using the human locomotor system as a starting point, he developed a combination of non-linear soft and reflexive torque control and intrinsically elastic and active mechanical design. Robots built in this way move more like humans and can safely interact with people. Haddadin has also used artificial intelligence and machine learning techniques to equip robots with reliable collision-free route planning and artificial reflex systems. He has transferred much of his fundamental research into usable computer programmes, allowing them to be used in modern industrial robots. Overall, his work has made a significant contribution to the advancement of robotics in recent years.

Sami Haddadin earned his doctorate from RWTH Aachen University in 2011 with a dissertation on humanoid robots. In 2014, at the age of 34, he was appointed professor of control engineering at the University of Hannover. In April 2018 he was appointed to a professorship at the Technical University of Munich, where he is currently establishing a new integrative research centre, the Munich School of Robotics and Machine Intelligence. He has won many awards for his work, most prominently the Deutscher Zukunftspreis 2017, awarded by the Federal President of Germany.