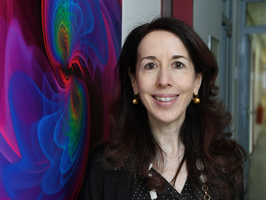 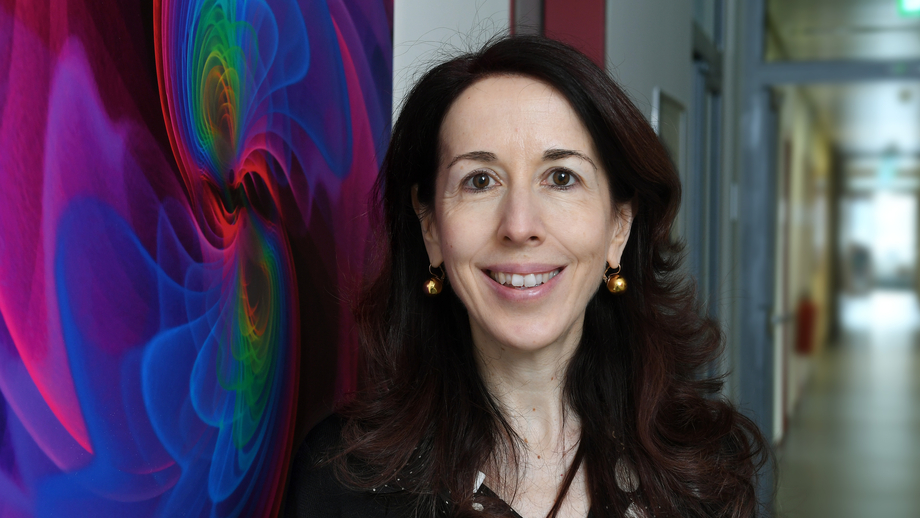 Alessandra Buonanno will receive the 2018 Leibniz Prize for her contributions to gravitational physics, particularly her work on the physics of gravitational waves. The first direct detection of gravitational waves – produced by the collision of two black holes – in 2015 provided spectacular proof of the general theory of relativity. Theoretical models developed by Buonanno were a key component of this success, enabling scientists to identify and interpret gravitational wave signals. As a postdoctoral researcher, together with Thibault Damour she developed the so-called Effective One Body (EOB) formalism, an extremely efficient method for describing the motion of binary systems and their emission of gravitational waves. Buonanno further developed this approach to include the merging of neutron stars. These extremely dense, massive stars are deformed before merging, which allows researchers to draw conclusions about their internal structure.

Alessandra Buonanno studied physics in Pisa, where she also earned her doctorate in 1996. She subsequently worked at CERN, a number of renowned institutions in Paris, and the California Institute of Technology. In 2005 she became an Associate Professor at the University of Maryland, where she has held a full professorship since 2010. Since 2014 she has been director of the Max Planck Institute for Gravitational Physics in Potsdam and in 2017 she was made an honorary professor at the Humboldt University of Berlin. Buonanno has won numerous awards, including the State Prize of Lower Saxony in 2016, which she shared with Bruce Allen and Karsten Danzmann.