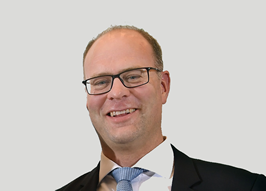 Lutz Ackermann has been selected for the 2017 Leibniz Prize for his outstanding work in the field of organic chemistry. His international reputation is based especially on his research into the catalytic activation of carbon-hydrogen bonds. These bonds, which occur in all organic substances, are usually extremely inert and permit only very poor and frequently non-selective transformation. The methods developed by Ackermann and his colleagues have paved the way for fundamentally new and low-impact manufacturing methods for important chemical products including active substances, agrochemicals and fine chemicals. Through his other work, Ackermann has also created new concepts for environmentally friendly chemical synthesis.

Lutz Ackermann studied chemistry in Kiel, and, after further studies in Rennes and Mülheim an der Ruhr, he obtained his doctorate from the University of Dortmund. He did postdoctoral research at Berkeley before going to Munich in 2003 to work as the leader of a DFG-funded Emmy Noether independent junior research group. Ackermann has held his current chair in Göttingen since 2007 and has headed the Institute of Organic and Biomolecular Chemistry there since 2015. He is one of the most frequently cited researchers in his field in the world.