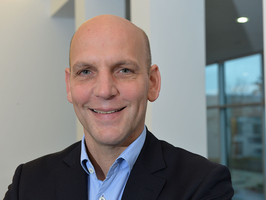 The Leibniz Prize for Benjamin List honours a highly innovative and globally respected chemist who has established an entirely new field of catalysis and catalysis research. List discovered the proline-catalysed intermolecular aldol reaction as a young assistant professor. It was one of the foundations of organocatalysis, which for the first time allowed natural substances, rather than metals, to be used as catalysts in the manufacture of chemical products and other industrial key technologies. Organic catalysts are normally less toxic than standard metal catalysts and also easily recoverable, so they make an important contribution to more sustainable and resource-efficient chemistry. In addition to new organocatalysts and organocatalytic reactions, List has discovered and developed fundamental new principles for asymmetric and organotextile catalysis. The two latter methods can be used for example in water treatment in locations where people are isolated from water supplies.

Passionate about chemistry since his schooldays, Benjamin List studied in Berlin and obtained his doctorate in Frankfurt am Main under Johann Mulzer. As a postdoctoral researcher in La Jolla, California, he turned his attention to biologically oriented chemistry. In 2003 he joined the Max Planck Institute for Coal Research in Mülheim an der Ruhr, initially as the leader of a working group before being appointed director in 2005. He is one of the most frequently cited chemists in the world and has won numerous awards.