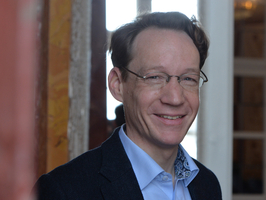 Philologist and philosopher Dag Nikolaus Hasse has opened up fundamental new insights into the beginnings of modern Europe, for which he is now being recognised with the Leibniz Prize. His oeuvre is primarily concerned with the relationships between Christian-Latin, Arabic and Jewish philosophy, theology and natural science from the Middle Ages to the Enlightenment. In a series of studies Hasse has demonstrated how intensive and fertile the cultural exchange was between scholars and institutions in the Orient and the Occident. In his work, he brings together historical-philological research with the detective's powers of observation and new analytical methods he has developed himself. For example, with the aid of computer-based methods he identified peculiarities of language among individual translators of Arabic texts and thus reconstructed their influence on the great schools of translation as well as courtly scholarship in the East and West. Equally seminal are two long-term projects under his leadership which are shedding light on the changes to the Ptolemaic worldview in the West-East dialogue and connections in terms of scholarly language between the Latin and the Arabic world.