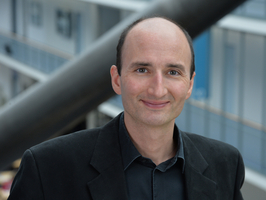 In Daniel Cremers, the Leibniz Prize is being presented to one of the world's leading researchers in image processing and pattern recognition. Cremers' fundamental discoveries have brought this field of research an important step closer to its goal of reproducing the abilities of human vision with camera systems and computers. In particular, Cremers has advanced the approach of so-called convex optimisation in such a way as to solve complex non-convex problems in image processing. He has developed algorithms that combine basic research in mathematics with a wide range of applications at the highest level, and which, for example, have proved much more effective in image-based 3D reconstruction, image denoising and the identification of similarity in 3D forms. Already in successful practical use in many different fields, Cremers' work may also be expected to have an impact in future innovative applications such as driver assistance systems and robotics.

Daniel Cremers studied mathematics and physics in Heidelberg and New York and obtained his doctorate in 2002 in Mannheim. After engaging in postdoctoral research and spending a brief time in industrial research in the USA, he returned to Germany in 2005 when he was appointed professor at the University of Bonn. In 2009 he took up his current post at the Technical University of Munich, where he has established one of the world's leading computer vision working groups.