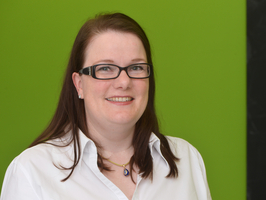 Marion Merklein is the youngest of the new Leibniz prizewinners. At 39 years of age, she is recognized as an outstanding engineer at the interface between materials science and manufacturing technology. Her more than 300 research works cover a broad spectrum of topics, although primary interests include: design and optimisation of lightweight sheet metal structures, hot sheet metal forming (press hardening), and sheet metal massive forming. In many cases, Merklein succeeds in bridging the gap between materials science and manufacturing technology, commonly addressing important questions relevant for industrial applications. In doing so, she has already contributed greatly to the ever-increasing importance of forming as a resource- and energy-saving technology for manufacturing applications. This is especially true for high-value products that can be formed very close to their final contours.

Marion Merklein's research career is tied closely to the University of Erlangen-Nürnberg (FAU), where she studied materials science, earned her doctorate, worked as chief engineer and research group director, and also completed her habilitation. At only 34 years of age, she received three offers for professorships from within Germany and abroad, but selected FAU once more. Her chair for Manufacturing Engineering is considered to be one of the internationally leading centres in its field with outstanding contacts in science and industry. Merklein also pursues her research in her role as spokesperson for major cooperative research networks, including a DFG Research Unit and a Collaborative Research Centre/Transregio. As early as 2004 Merklein received the Heinz Maier-Leibnitz Prize from the DFG and BMBF, the most important award for early career researchers in Germany. Additional prizes followed. Merklein is also deeply involved with academic instruction and self-administration.