For their achievements in promoting German-Polish cooperation in science, Professor Dr. Alfred Forchel from Würzburg and Professor Dr. Jan Misiewicz from Wrocław, both physicists, will receive the Copernicus Award of the Deutsche Forschungsgemeinschaft (DFG, German Research Foundation) and the Foundation for Polish Science (FNP). Through their many years of joint collaboration, the two researchers have strengthened research cooperation between the two countries in a sustainable way, work that has, according to the justification for the award given by the jury of the DFG and FNP, been of particular benefit to young researchers. The Copernicus Award is worth €100,000 and will be presented on 10 May 2010 in Berlin by the presidents of the DFG and FNP, Professor Dr. Matthias Kleiner and Professor Dr. Maciej Zylicz. 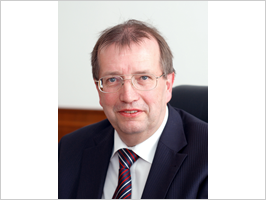 Professor Dr. Alfred Forchel has directed the University of Würzburg as president since 1 October 2009 and is the director of the Wilhelm Conrad Röntgen Research Center for Complex Material Systems. Forchel is originally from Stuttgart, where he completed his physics studies with a doctorate (1983) and earned his advance postdoctoral qualification (1988). Also in Stuttgart, he directed the university's microstructure laboratory from 1984 to 1990. He was appointed by the University of Würzburg to the chair of technical physics in 1990. Here, too, he became head of the microstructure laboratory, which was started in 1994. In addition, he co-founded the degree programme for nanostructure technology. 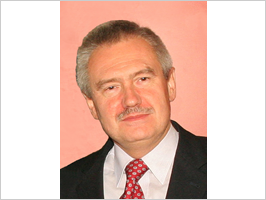 Professor Dr. Jan Misiewicz is director of the Institute for Physics at the University of Wrocław and head of the Laboratory of Semiconductor Physics, Devices and Nanotechnology. Misiewicz completed his academic training—a degree in solid-state physics with subsequent PhD and advanced postdoctoral qualifications in semiconductor physics—in Wrocław, where he was appointed professor in 1999. He has held numerous academic offices and established the Laboratory for Optical Spectroscopy.