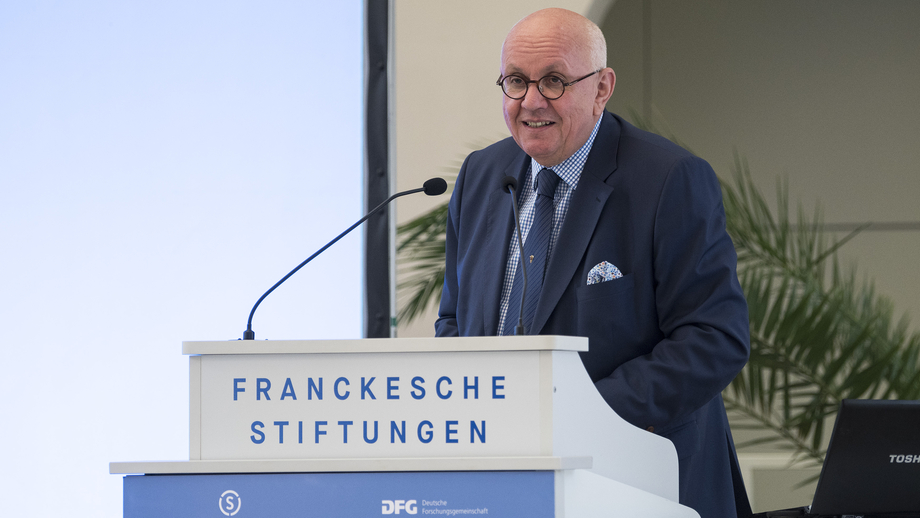 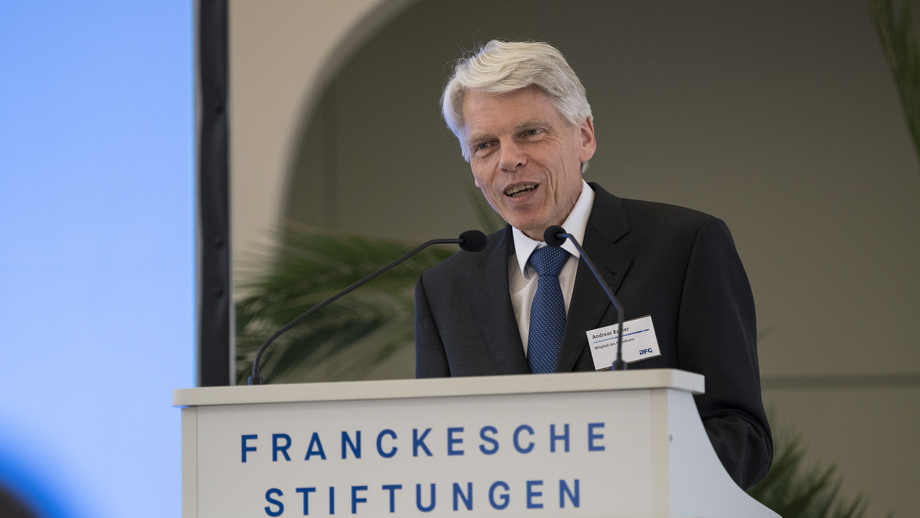 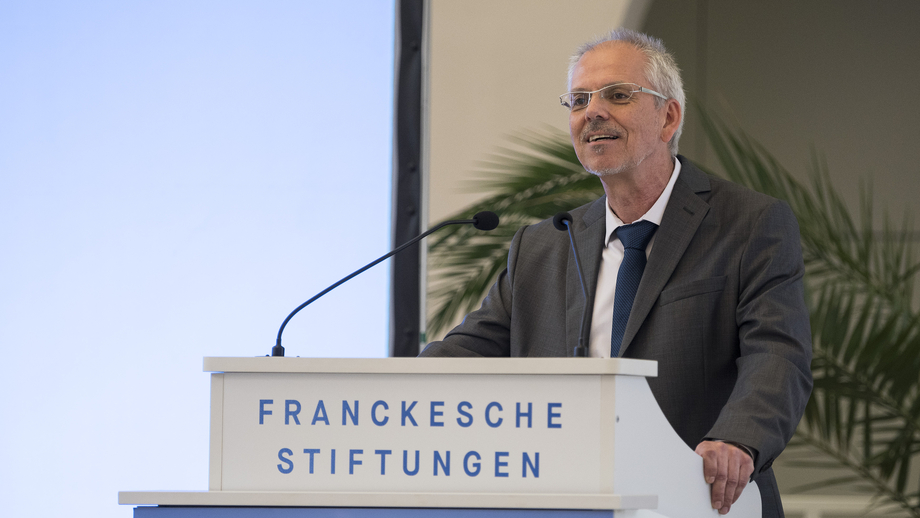 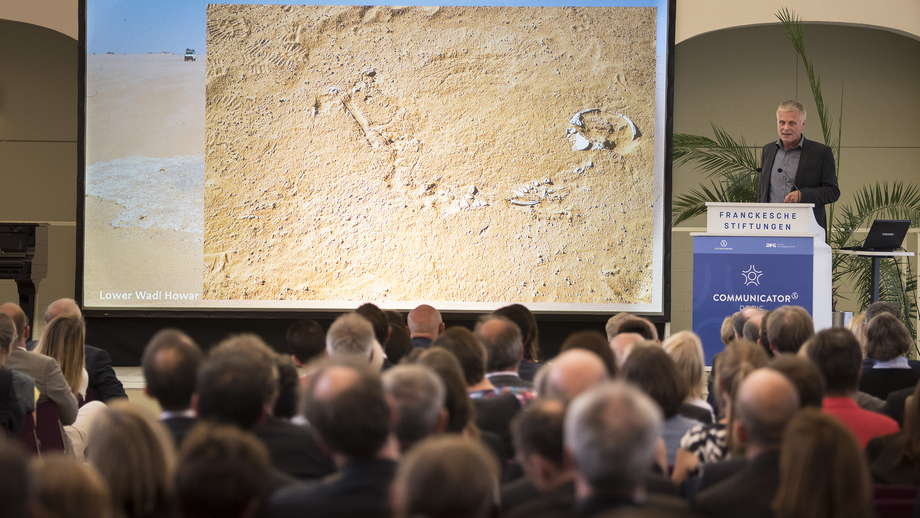 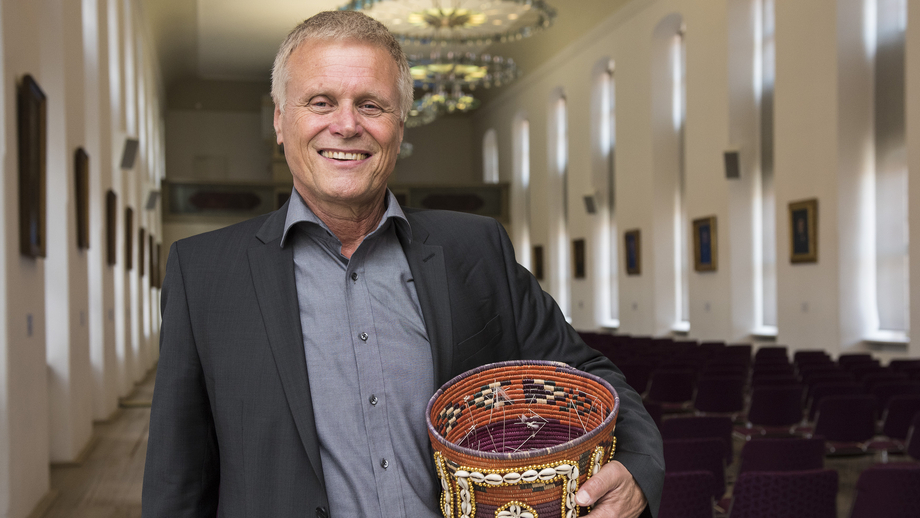 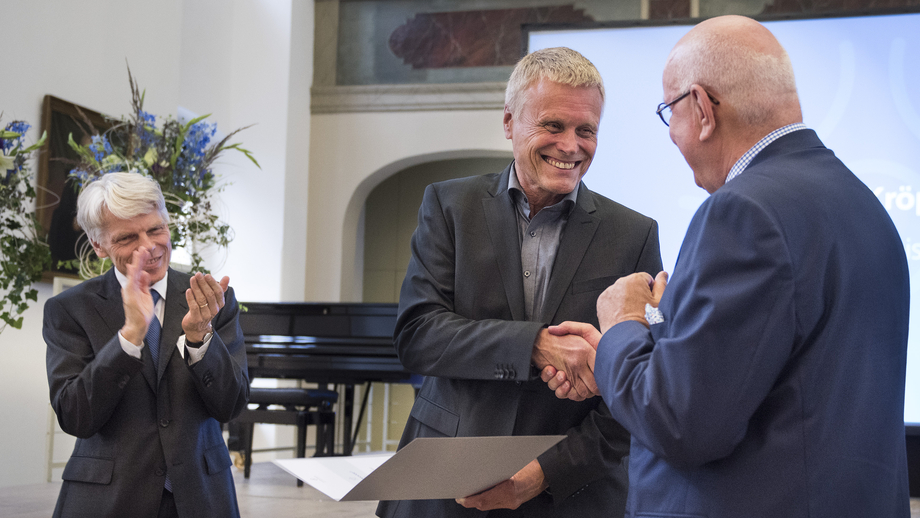 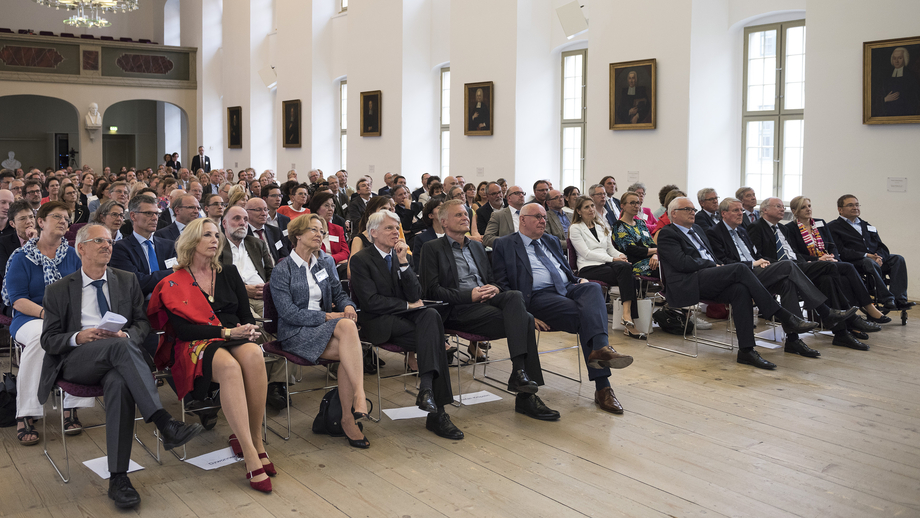 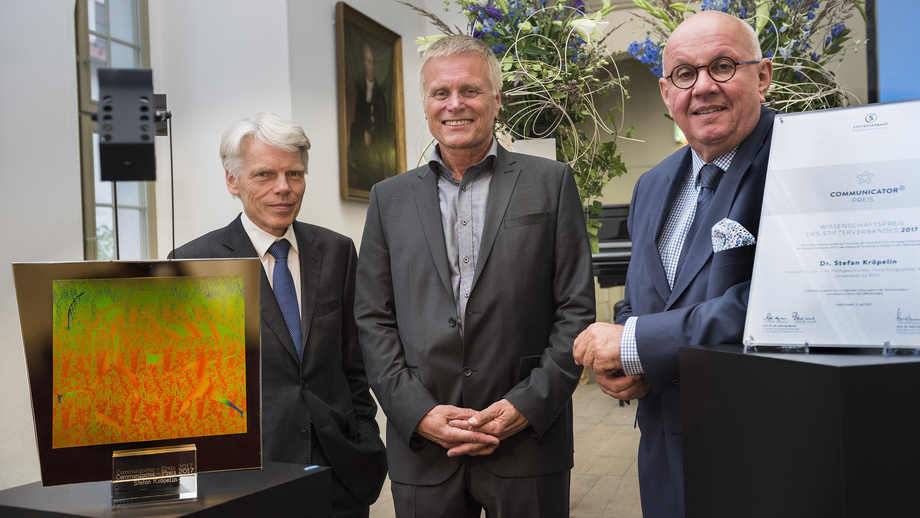 Geologist and climate researcher Dr. Stefan Kröpelin is the winner of this year's Communicator Award, conferred by the Deutsche Forschungsgemeinschaft (DFG, German Research Foundation) and the Stifterverband (Donors' Association for the Promotion of Sciences and Humanities in Germany). The researcher from the University of Cologne will be presented with the €50,000 prize for his long-standing commitment to sharing his research on the Sahara.

Stefan Kröpelin started his scientific career in Berlin, where he obtained his doctorate in geosciences. Since his transfer to the Institute for Prehistory and Protohistory at the University of Cologne in 1995, he has concentrated on the study of the eastern Sahara and its climatic history. With over 60 expeditions to the Sahara, he is considered a recognised expert on this region. As part of the DFG-funded Collaborative Research Centre "Our Way to Europe", Kröpelin is currently researching the route that Homo sapiens took from sub-Saharan Africa to Europe over 100,000 years ago, and the climatic conditions that had to be faced.

Since the beginning of his scientific work, Stefan Kröpelin has made his research findings accessible to a wide audience. He has contributed research findings, exhibits and films to numerous exhibitions on climate protection and nature conservation topics, both in Germany and abroad. Readers of popular magazines such as GEO know him for his reports on expeditions to the desert. He is especially known to the public for a number of television documentaries, in which he not only collaborated, but also frequently provided the idea and concept, often also presenting the programme himself. For example, he developed and led the expedition for the first television documentary in regions of the Sahara where film crews had never set foot before. He can also be found on the radio, online and on children's television, or discussing his work at numerous events in the public sphere.

With this decision, the Communicator Award jury honours Kröpelin's tireless and ongoing commitment to science communication, highlighting in particular the international appeal and impact of his work and dedication. As a kind of "science diplomat", Kröpelin has long been a strong advocate for the regions where he has conducted research, and through his tenacity has garnered much success in the area of nature conservation. The recognition of various regions as UNESCO world heritage sites was largely creditable to his initiative and contributed not only to the strengthening of the cultural and historical self-esteem of the regions, but also to the preservation of unique regions which are key to scientific research. 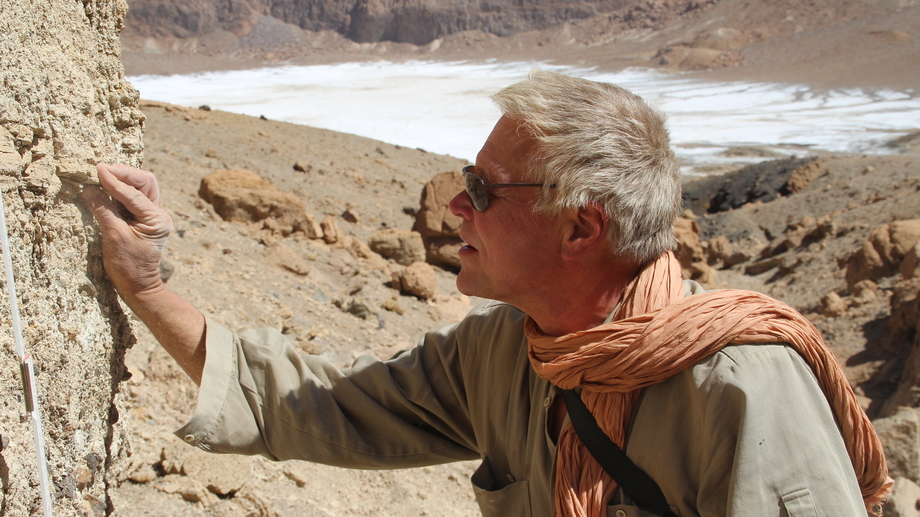 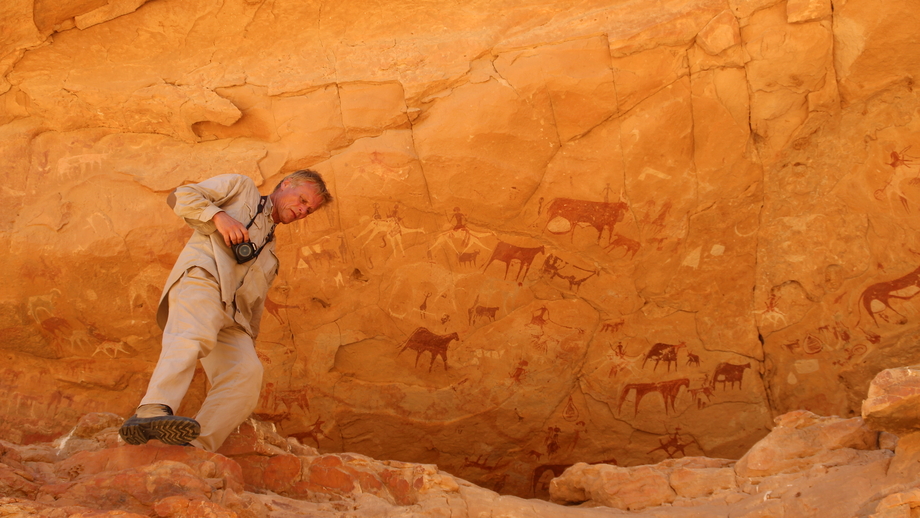 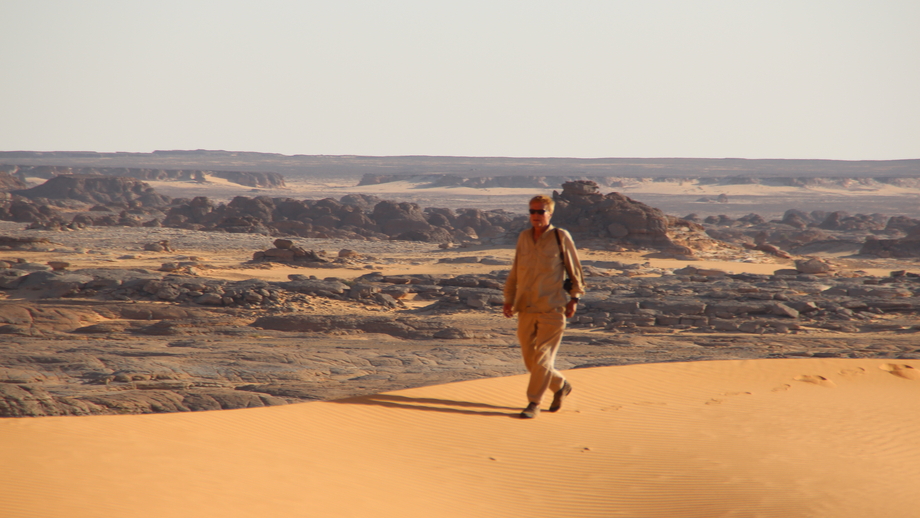 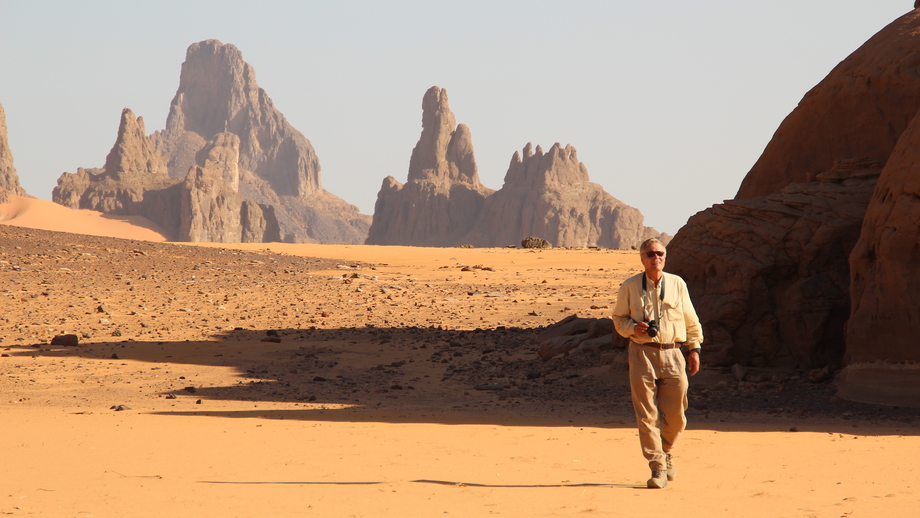 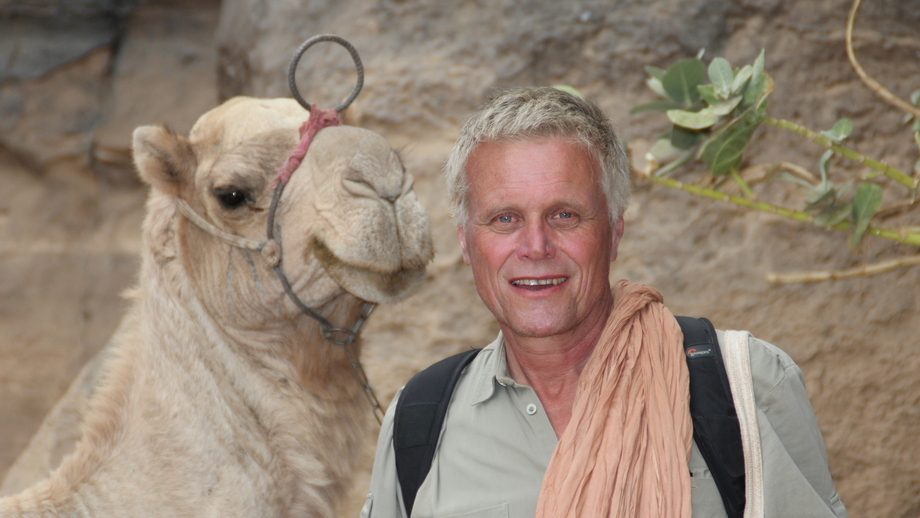 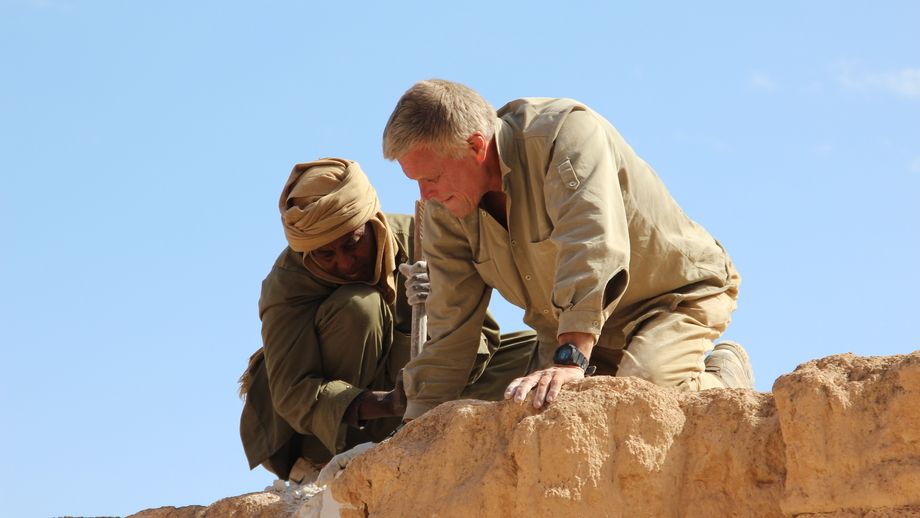 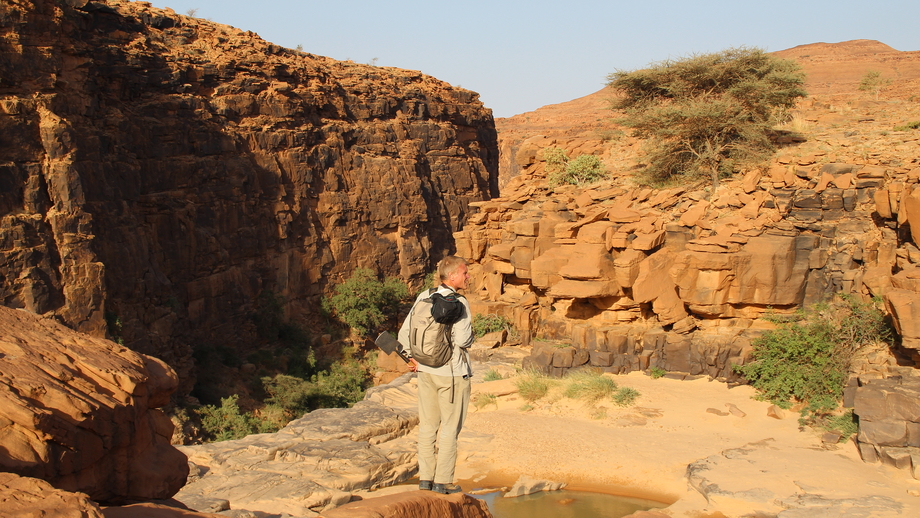