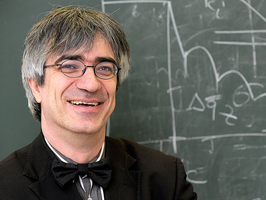 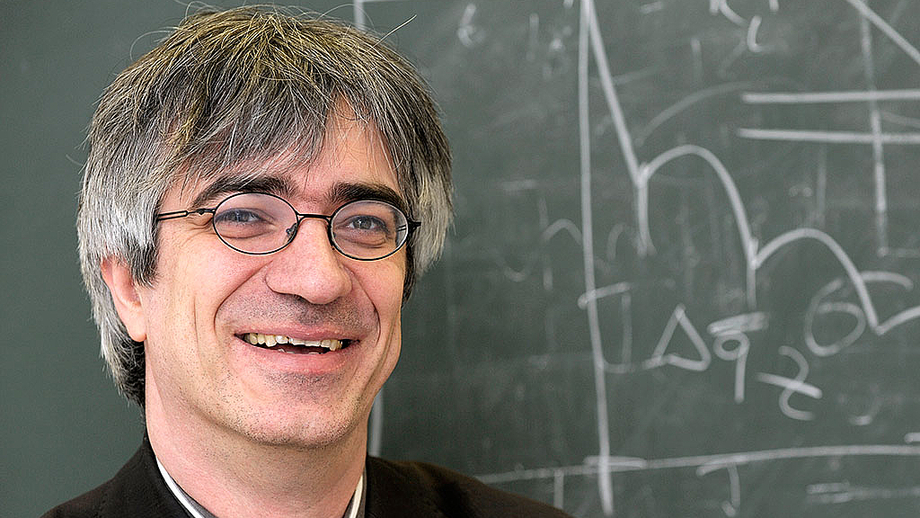 Experimental physicist Metin Tolan is the winner of this year's Communicator Award, conferred by the Deutsche Forschungsgemeinschaft (DFG, German Research Foundation) and the Donors' Association for the Promotion of Sciences and Humanities in Germany. The TU Dortmund University scientist was selected in recognition of his diverse and innovative approaches to communicating physics and research findings to the public and the media.

The prizewinners are selected by a jury composed of science journalists and experts from the fields of public relations and communications. The jury is chaired by a Vice President of the DFG. A total of 49 researchers working in a broad range of scientific disciplines applied or were nominated for this year's Communicator Award, more than twice the figure for last year. Eleven of these candidates were shortlisted, four of whom were selected for final consideration, with Metin Tolan chosen as the ultimate winner.

The 48-year-old experimental physicist impressed the jury with his original and varied approaches to science communication, such as his series of Saturday morning lectures entitled “Zwischen Brötchen und Borussia – Modern Physik für alle”, which has regularly attracted several hundred visitors since 2003, his blog on the physics of football, and his successful books Geschüttelt, nicht gerührt – James Bond und die Physik (Shaken, Not Stirred – James Bond and Physics) (with Joachim Stolze) and Die Titanic – Mit Physik in den Untergang (The Titanic – The Physics of Sinking). Tolan makes regular appearances on radio and television as a guest and presenter, and has given over 500 public talks explaining familiar phenomena and puzzles from history, everyday life and film from the viewpoint of a physicist. The jury was particularly impressed by his work with schools; Tolan regularly teaches physics classes at a local school in Dortmund where most of the pupils have a family background outside Germany.

In his various communication endeavours, Tolan frequently draws on his own research work. For example, to explain the sinking of the Titanic he refers to his own research on the properties of steel, or for a scene from a James Bond film where the hero apparently sees through walls, he uses his work on the use of X-rays in materials research.

Metin Tolan was appointed Professor and Chair of Experimental Physics at TU Dortmund University in 2001. Prior to this he held teaching and research posts at the University of Kiel, where he obtained his degree, doctorate and habilitation. His main areas of interest are the use of X-rays to study the interface behaviour of polymers, biomaterials, liquids and other “soft materials” and the use of synchrotron radiation in materials research, for instance at the Dortmund Synchrotron Radiation Centre, which is home to the Delta electron storage ring and of which he is the director. In 2008 he won the TU Dortmund University research prize and in 2010 he was named Professor of the Year for natural sciences and medicine by Unicum Beruf magazine. In 2008 Tolan was appointed a prorector for his university, first for research and then in 2011 for teaching.

He has received DFG funding for several individual projects and as a member of a Research Unit. In 2012 Tolan joined the DFG review board for Experimental Physics of Condensed Matter, becoming one of the researchers chosen by his peers to play an important role in the review and decision-making process of Germany's central self-governing research funding organisation.

This year's Communicator Award will be presented on 2 July 2013 at the Annual Meeting of the DFG in Berlin. The prize money is donated by the Donors' Association, which unites more than 3,000 companies and private individuals who are committed to the promotion of science and science communication. Along with the prize money, Metin Tolan will also be presented with a hologram representing the Communicator Award. Created by Cologne-based artist Michael Bleyenberg, the hologram underscores the significance of transparency in science and expresses the importance of looking at things “in the right light”. Like the hologram, it is only then that science can truly shine.