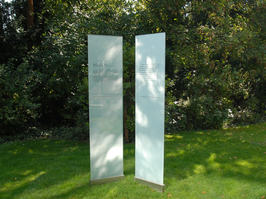 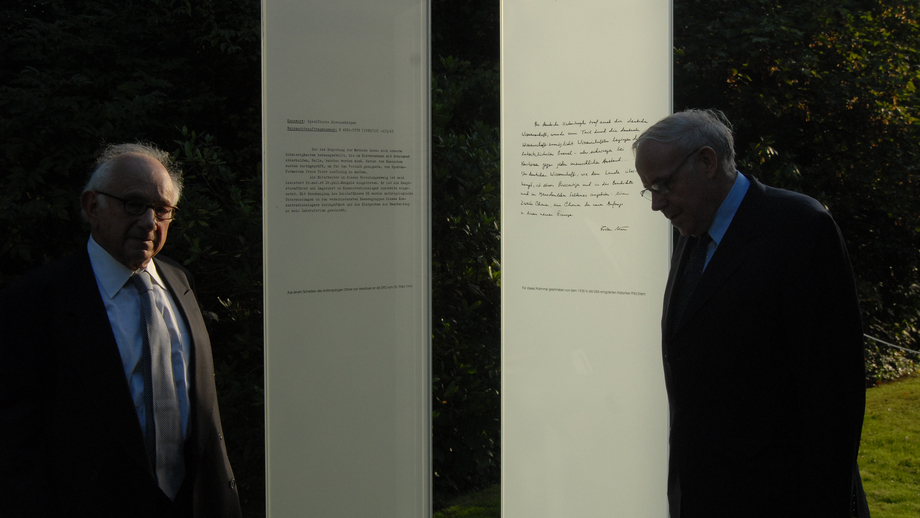 Fritz Stern and Ernst-Ludwig Winnacker in front of the memorial 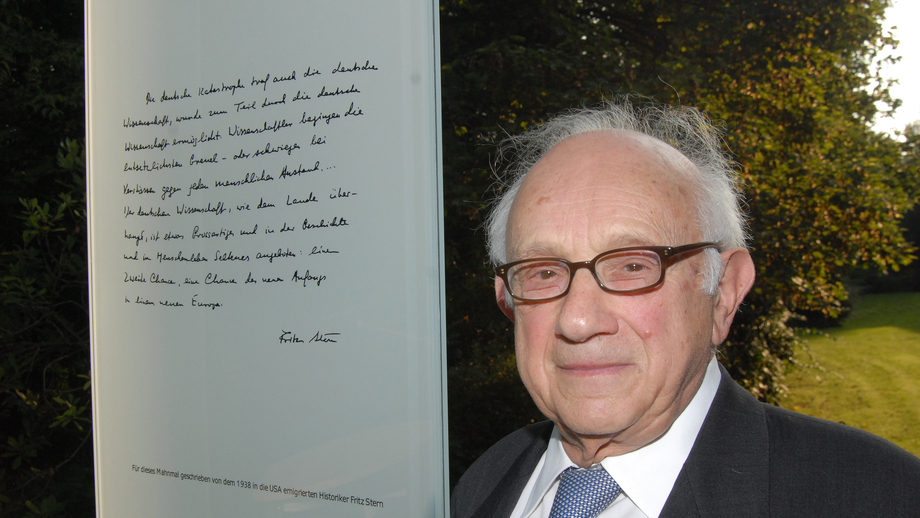 Historian Fritz Stern, who emigrated to the USA in 1938, in front of the text he wrote 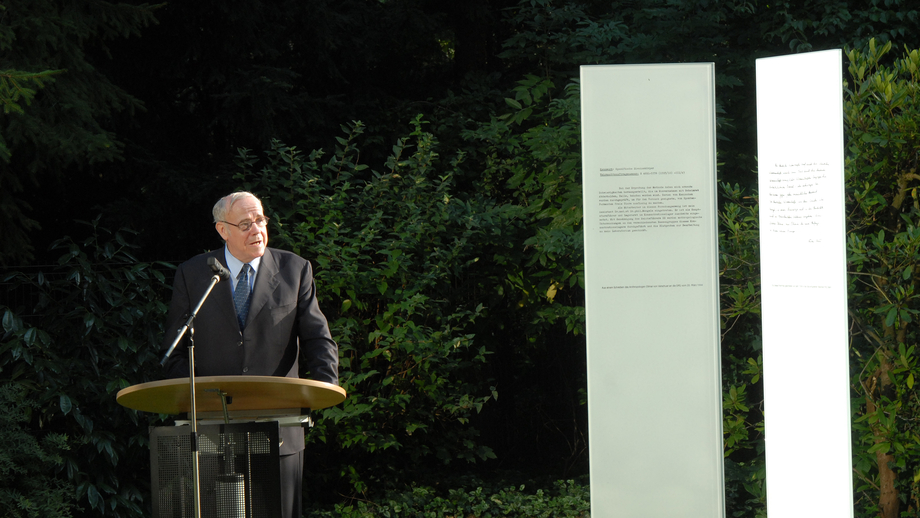 The memorial in the grounds of the DFG’s Head Office, which was dedicated in September 2006 and which reminds us of science’s involvement in the crimes perpetrated by the National Socialists, is intended to serve as both a reminder and an admonition.

The DFG as a self-governing organisation of German science and research has put intensive effort into the critical reappraisal of its role during National Socialism. An independent research group worked through this issue for seven years under the leadership of historian Professor Rüdiger vom Bruch and Professor Ulrich Herbert. Their findings can be summed up as follows. After 1933, the DFG and the researchers it supported dedicated themselves largely – and for the most part without reserve – to serving National Socialism. The last volume of the series of publications of the research group was presented in October 2010.

The exhibition “Research – Planning – Expulsion: the National Socialists’ General Plan East” is a critical reappraisal of a further part of the sombre past of the DFG. It shows the close connection between academic research, rational planning and research funding in the service of National Socialist policies of invasion and annihilation. The exhibition was displayed at various locations, including Poland from 2011.

The memorial dedicated in September 2006 in the grounds of the DFG Head Office, which alludes to the involvement of the DFG in the crimes of the National Socialists, is intended to serve both as a reminder and an admonition.

In the spring of 2000, the President of the German Research Foundation, Prof. Dr. Ludwig Winnacker, convened a working group which explored avenues and options for researching the history of the German Research Foundation (DFG) during an initial meeting. After the conclusion of the first meeting, the President asked professors vom Bruch (Berlin) and Herbert (Freiburg) to assume leadership of the research project on the history of the DFG. A research group developed from this initiative, which was guided in its work by the following three principles: The focus of research should be the era of NS rule. The key focus of the group was on the research projects themselves that were funded by the DFG. What was important was less an investigation focussing only on the history of individual disciplines, and much more an analysis of developments across disciplines.

“This is a profoundly uncomfortable truth for the DFG. It is unable to let us go. It has to give us nightmares, has to hurt.”