Visit of the DFG Secretary General Professor Dorothee Dzwonnek to the DFG offices in New York and Washington, DC / Discussions with senior representatives of partner organizations / Lecture on "The Internationalization of Excellence: German Science Policy and Perspectives for German-American Cooperation" 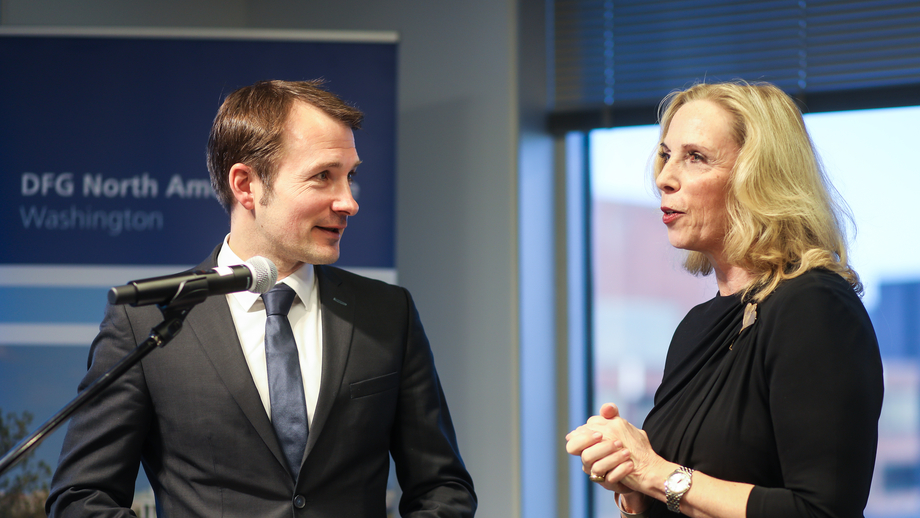 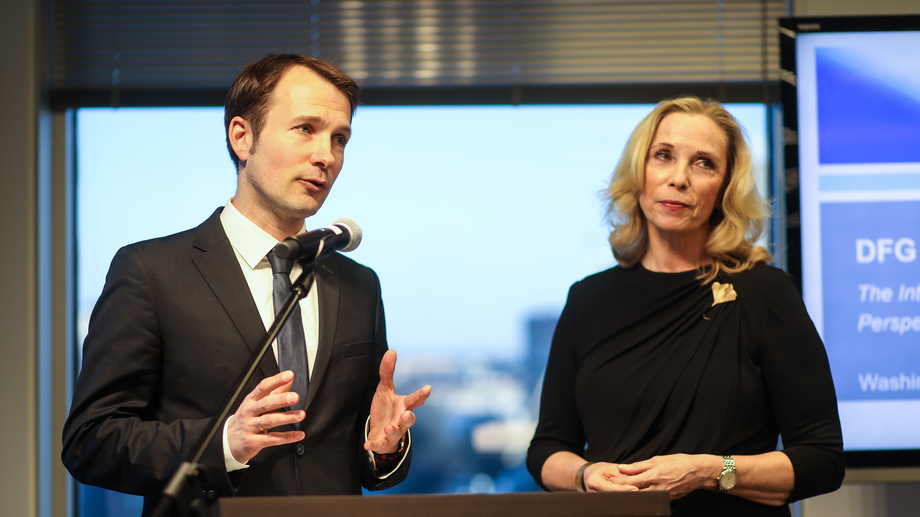 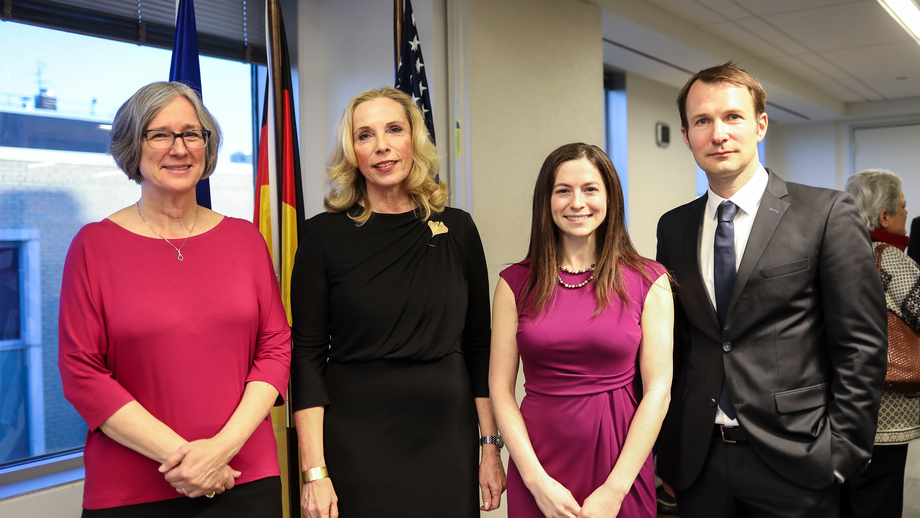 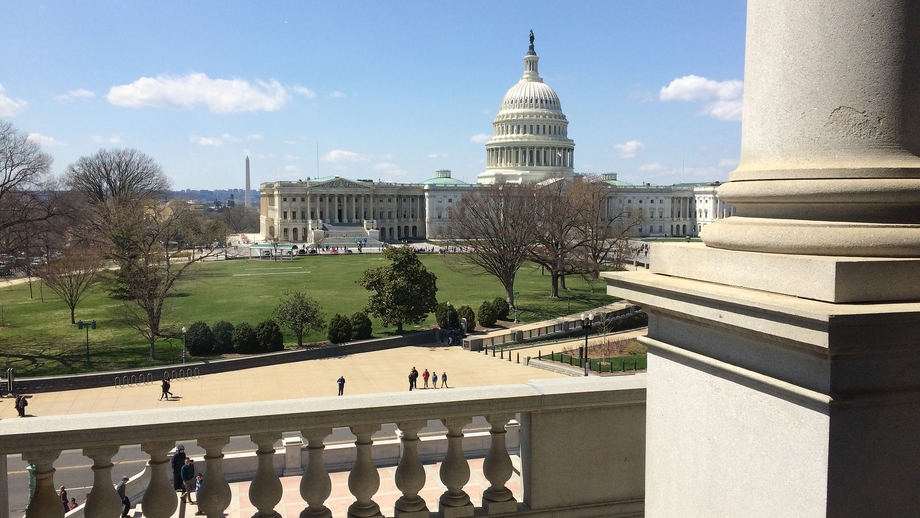 Impressions from the Secretary General's visit to New York City and Washington, DC

(04/23/18) During her visit to New York City, DFG Secretary General Professor Dorothee Dzwonnek set two thematic priorities. In talks with the Permanent Mission of the Federal Republic of Germany to the United Nations she focused on the question of how science can support the implementation of the Sustainable Development Goals (SDGs) set by the United Nations.

In April 2015, questions of global sustainability and possible contributions of science were previously at the center of the joint conference on "Measuring Sustainable Development" organized by the DFG and the United Nations University and with support by the Permanent Mission. This conference was an important step and provided a good basis for further activities.

Furthermore, Germany's membership in the UN Security Council targeted for 2019/20 could support the further involvement of science in this process. With the support of the Permanent Mission, the DFG is planning various activities for this purpose and is in contact to its partners concerning a follow-up conference.

A second thematic focus of Prof. Dzwonnek’s trip was the exchange of views and ideas on cooperation between the various German intermediary organizations and university offices represented in the "German House" in New York City. The German House does not only host the Permanent Mission to the UN and the German Consulate General, but also the office of the German Academic Exchange Service (DAAD), the liaison offices of 15 German universities and university consortia, the German Center for Research and Innovation (DWIH) and the German Academic International Network (GAIN). Discussions on individual and collective responsibilities and perspectives on future development took place in light of the opening of the “German Academy” in New York City in 2020 at the former location of the Goethe-Institute opposite of the Metropolitan Museum of Art (MOMA) on Fifth Avenue.

The talks held in Washington, DC on April 5 and 6 focused on issues related to the promotion of young talent and gender equality in science. Prof. Dzwonnek also discussed recent trends in graduate education in the US with representatives of the Council of Graduate Schools (CGS). In the face of declining state investments, the CGS represents the interests its member universities and advocates for training young scientists not only for the benefit of the individual, but for the society.

Prof. Dzwonnek and the Director of the National Science Foundation (NSF), France Córdova, agreed during their meeting in the Washington, DC area that equality and international cooperation must be a top priority in science and research. For example, NSF is currently working to enable large NSF-funded research centers to increasingly network internationally and a growing number of disciplines are specifically interested in working with Germany. Additionally, Germany should try to benefit from situations for example in the US where the support of science and research at the moment is characterized by a great deal of political uncertainty.

At an evening reception hosted by DFG’s North America office in Washington DC on April 5, Dorothee Dzwonnek also took the opportunity to tell the more than one hundred guests about the many advantages the German research landscape offers for researchers from the US. In her address titled "The Internationalization of Excellence: German Science Policy and Perspectives for German-American Cooperation", Dorothee Dzwonnek was highly supportive of transatlantic cooperation at the highest scientific level, which would surely be further stimulated by the forthcoming decision in the German strategy of excellence. Of course, the Secretary General did not have to convince many of her listeners - among them representatives from science policy and research funding institutions. The lively discussions among the participants that followed showed that science sometimes is able to open channels of communication where politics sometimes falls short.