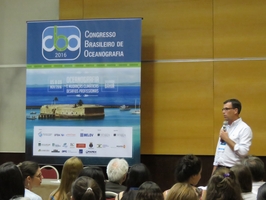 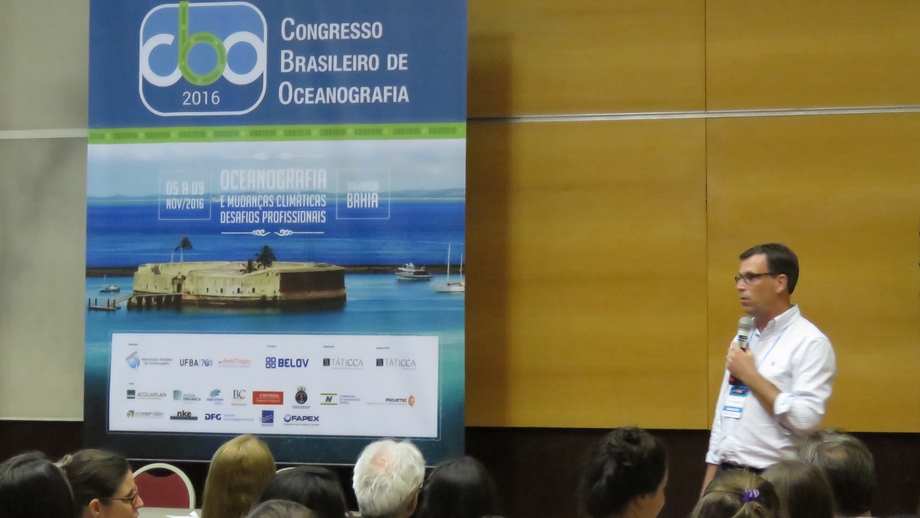 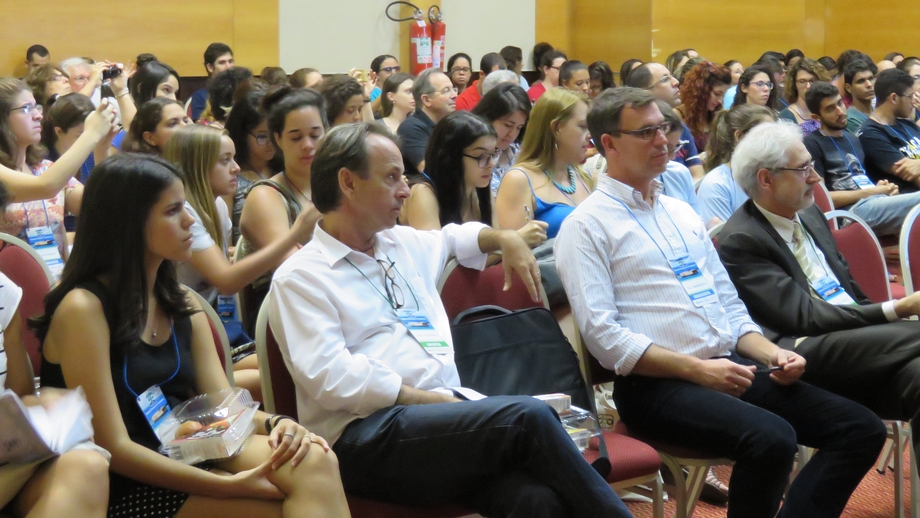 The audience followed the presentations with great interest. 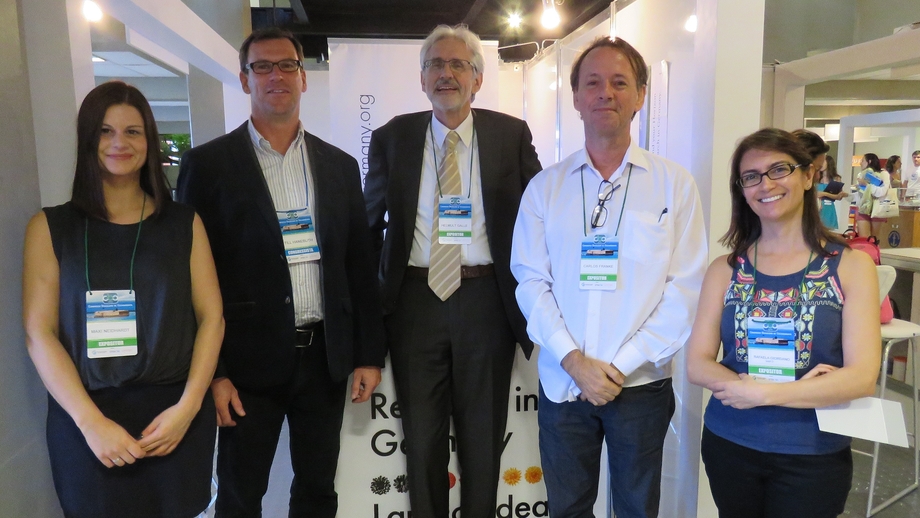 (23.11.16) From 5 - 9 November, the seventh Brazilian Oceanography Congress took place in Salvador, the capital of the state of Bahia on Brazil’s north-east coast. The congress was organised by the Brazilian Society for Oceanography (Sociedade Brasileira de Oceanografia) in partnership with the Federal University of Bahia (UFBA) and the National Science and Technology Institute for the Tropical Ocean Environment (INCT AmbTropic). This year’s event focused on topics such as ocean acidification, natural marine resources, paleoceanography, and man and ocean and on teaching and the labour market in the marine science sector in relation to climate change and its impact on the ocean and coastal regions.

The scientific programme was opened on Monday morning by Professor Till Hanebuth from the Center for Marine Environmental Sciences (MARUM) at the University of Bremen, who had been invited through the Research in Germany initiative. His plenary address on “Fate of the Fines – Drivers, Behaviour and Value of Mud Supplied to the Ocean” met with great interest from the audience.

During the lunch break on the same day, in a room filled to capacity, there was a Research in Germany Lunch Session, during which the funding organisations the DAAD, the DFG and the Alexander von Humboldt Foundation introduced themselves. As a representative of German oceanography, Professor Hanebuth presented his own career path and MARUM and also shared some useful tips and advice on making contact with experienced German researchers. With over 100 participants, the Research in Germany information event in Salvador was also the best-attended this year, reflecting the enormous interest among students and researchers in the region in funding programmes for studying, doctoral research and research cooperation.

There was a high level of demand for the Research in Germany information stand in the exhibition area of the congress. Representatives of the DFG and the DAAD advised a considerable number of interested conference attendees at various academic career stages on funding, exchange and cooperation opportunities. Due to high demand, attendees were also able to chat with Professor Hanebuth himself at the stand – an opportunity of which students and early career researchers in particular took advantage.