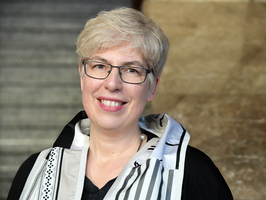 Dissociation/Nation: Narratives of Ruin and Repair in Contemporary American Culture

Many commentators would agree that the American nation is, once again, facing a deep crisis. Central to an analysis of the causes is the question: when and how does an “imagined community” (Anderson) stop to imagine – or fail to imagine – its unity or even its shared foundations? And if so, how does it project its ending if the future seems marked by dissociation instead of reconciliation? Within the last decades US-American ruins have become an iconic cultural signifier that represents just that: an ending, both in regional and in national registers of the cultural imaginary. The ruin figures prominently, for instance, in dystopian plots of national downfall due to terrorism and imperial overreach, or in narratives of dramatic decay based on the economic depletion of entire regions, or in plots circling around forms of internal social repression (internal colonization). It is flanked by visions of the foundational pillars of the nation cracking at their seams: The sense of unity, affirmed and reaffirmed in foundational myths and concomitant rituals, is crumbling, as it were, while some argue that it was flawed from the beginning. Examining narratives and representations of the demise of the nation and outright ruination in various kinds of cultural productions, this talk examines the ways in which cultural narratives are re-enacting large-scale cultural crises and pre-enacting scenarios of doom in the present moment. The ruin imaginary, then, will be analyzed in light of concerns ranging from repair to reparation (including atonement in its widest sense) and to projects of reparative justice.