(19.02.18) On the occasion of her first trip to India, Professor Dorothee Dzwonnek, Secretary General of DFG, has witnessed the signing of this year’s Programme of Cooperation between DFG and the Department of Science and Technology, DST. She also took the opportunity to discuss the relations between the two organizations with DST’s Secretary Professor Ashutosh Sharma. 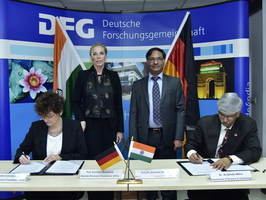 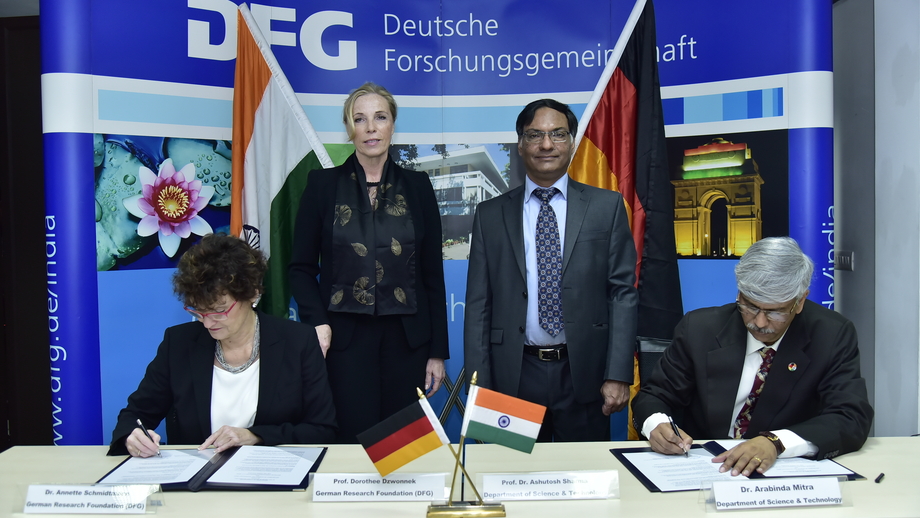 Signing of the Programme of Cooperation 2018 between DFG and DST

Signing of the Programme of Cooperation 2018 between DFG and DST

The Programme of Cooperation document details a planned joint call for proposals later this year, the beginning of formal talks about co-funding large consortia with Indian and German P.I.s, as well as the resumption of the joint activities surrounding the Nobel Laureate Meetings held annually in Lindau, Germany.

“It testifies to the close and cordial relationship between DST and DFG that we can sign this agreement today”, Professor Dzwonnek stressed at the signing ceremony, held on 14 February 2018 in the German House, New Delhi. Citing rising political fragmentation in the international political landscape and increasing attempts to side-line and ignore scientific expertise, she added: “It is particularly important at this point to strengthen the sciences together. For this reason, the friendship between DFG and DST is so valuable.”